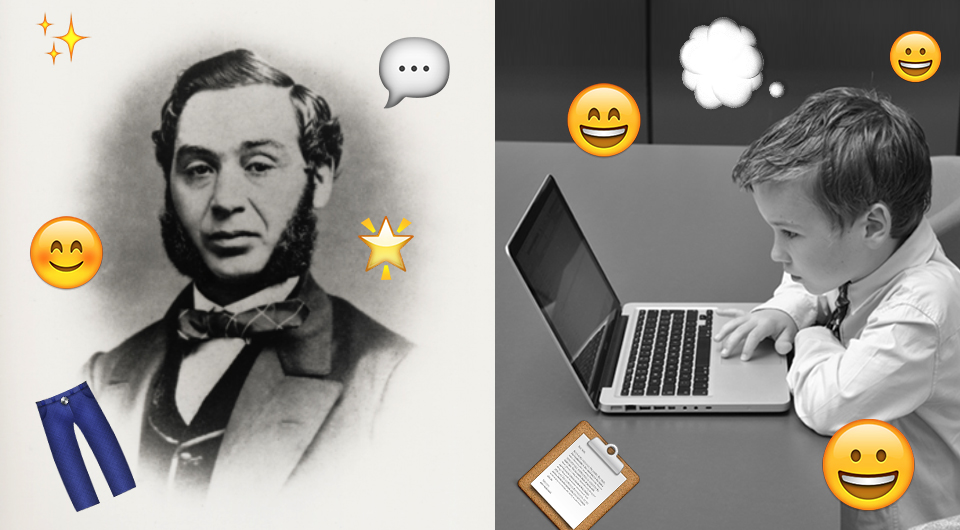 What 9-Year-Olds Want to Know About Levi Strauss

Recently, a group of inquisitive nine-year-old students contacted me with three questions about the life of Levi Strauss. Tomorrow would be Levi Strauss’ 187th birthday, and so in honor of the occasion, check out the students’ questions and learn some little known facts about our founder. Their questions, as well as the answers, may surprise you!

Question 1: How did Levi Strauss get to California? We read he either went through the Panama Canal or around the Cape Horn.
Levi Strauss was born in Buttenheim, Bavaria on February 26, 1829. He immigrated to America around 1847 and arrived in New York where his brothers had established a family business, J. Strauss Brother & Co. Like other immigrants, Levi Strauss worked hard to make a comfortable life in a new country. He learned business skills working alongside his brothers in the family’s dry goods wholesale enterprise.
When he learned about the great Gold Rush happening in California a few years later, Levi Strauss decided to venture west. He hopped aboard a steamship heading for Panama. The Panama Canal had yet to be built when he traveled so Levi Strauss would have made his way across the Isthmus of Panama by walking, riding a mule, taking a train or boat ride or a combination of these. Once he reached the Pacific Ocean, Levi Strauss caught a ship bound for San Francisco and arrived in the city in March 1853.
Question 2: Do you have a specific example of why Levi was known to be an honest man?

The students who contacted me about Levi Strauss included a smiley face emoji after this question. I appreciate their enthusiasm, interest, and the friendly tone of their communication. I also appreciate that the students referred to Levi Strauss by his first name—something common to those who knew him. Employees at Levi Strauss & Co. (myself included) sometimes refer to Levi as “Uncle Levi” since he had four nephews and would have been familiar with this title. It also demonstrates that Levi cared about family and friends and was kind enough not to expect more formal greetings.
To answer their question, Levi enjoyed socializing and gathered with his employees for annual company picnics at places like Angel Island near Marin County in San Francisco Bay. In sum, Levi Strauss was a friendly man who people likely considered honest. Here’s a portion of a 1960 letter to LS&Co. from Henry Lash who recorded his father’s memories from 1886:

“My grandfather had a lace and embroidery firm and used to send my Dad in to the [LS&Co.] office…Dad was…terribly impressed with seeing the great Mr. Levi Strauss himself, San Francisco’s famous and outstanding manufacturer; what impressed Dad most was that everybody in the office called him Levi…‘I still remember Levi Strauss as one of the finest, kindest and friendliest gentlemen I’ve ever met.’ ”

“I’ve been in the harness now for forty-three years, and I could not live without my daily duties…My happiness lies in my routine work. I do not think large fortunes cause happiness to their owners for immediately those who possess them become slaves to their wealth. They must devote their lives to caring for their possessions. I don’t think that money brings friends to its owner, in fact, often the result is quite the contrary. Many rich men have more enemies [than] those who are poor. If wealth makes a man satisfied that is best for him, and that applies to all other conditions. No two persons are contented under the same circumstances.”