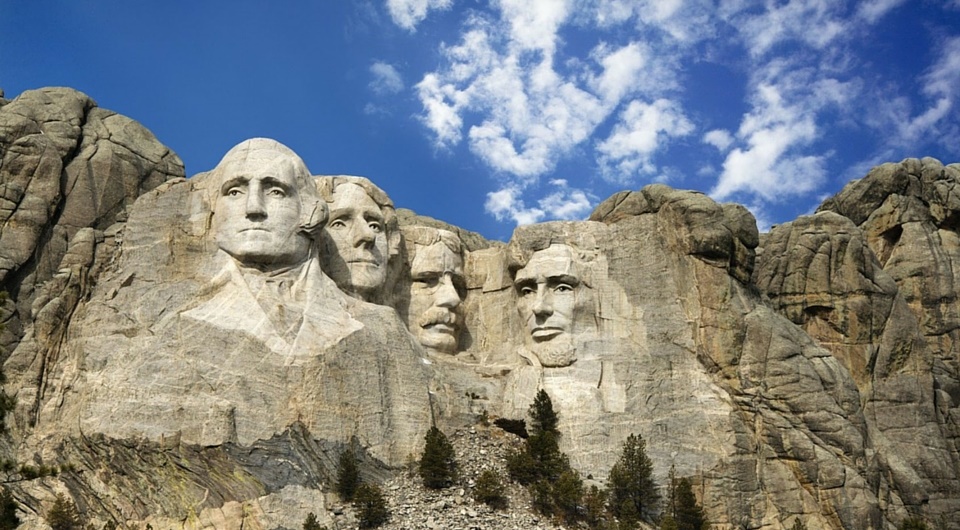 President’s Day offers a chance to commemorate the historic contributions of Washington, Lincoln, and other past U.S. Presidents. The national holiday is also a chance to set aside work and school for a day, catch a parade, or follow your favorite candidate on their campaign trail to the presidential election in November. Just over a decade ago, Dockers® brand offered a rather unusual, but perception-promoting, product designed especially for presidential candidates and others who have a tendency to “sweat an election.”
In 2004, Dockers® Brand announced its unofficial shirt sponsorship of the Presidential Elections. Presidential Candidates George W. Bush and John Kerry were outfitted with innovative new competition-ready shirts containing breakthrough Perspiration Guard™ technology that drastically minimized unsightly perspiration marks from showing through, no matter how heated the campaign. The shirts also utilized Refresh Action™, an antimicrobial technology that actively eliminated odor-causing bacteria, keeping clothes smelling fresher, longer.
Weeks before the formal presidential debates in 2004, Dockers® shared a survey that revealed almost half of Americans admit that they will negatively perceive professionals who show sweat marks on their clothes. The survey also found that Americans also believed politicians are the second-sweatiest professionals in America, trailing only behind stock exchange floor traders.

Dockers® brand offered America’s next Commander-in-Chief the chance to prop up public perception during the debates by providing shirts that stop sweat marks in their tracks. The combined survey learnings implied that more than one-in-three Americans would negatively perceive Bush or Kerry if he showed sweat marks on his clothes.
“It’s fair to assume that presidential candidates undergo superhuman levels of stress on the campaign trail, “ noted Kris Tulin, then senior director of Dockers® Advanced Innovation in a press release. “The body reacts accordingly, and inevitably even the strongest antiperspirants won’t stop sweat. Dockers® Perspiration Guard shirts provide the solution for candidates, and will help to level the playing field in at least one category of public opinion.”
Dockers® brand distributed boxes of Perspiration Guard® shirts adorned with flyers that included photographs of sweat-soaked shirts worn by Kerry and Bush noting that they, “are not Dockers® products.”

This playful Dockers® campaign must have brought smiles to campaign followers generally. Lightening up the mood in a tense-filled race, definitely brings a smile to my face this holiday.
Happy President’s Day and Happy 30th Dockers® Brand!
Follow Dockers® on Twitter, Facebook, and Instagram for the latest on their anniversary celebrations.