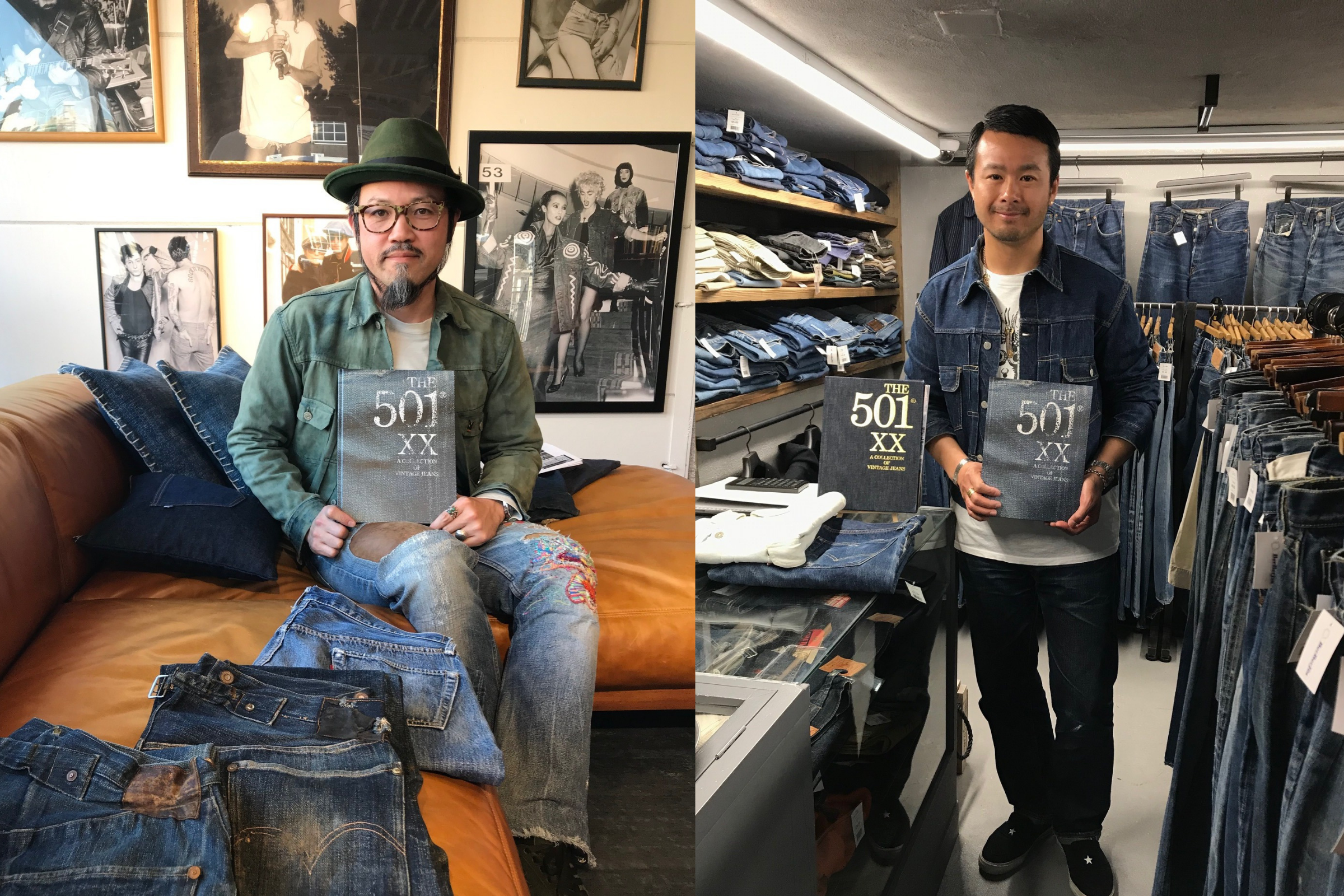 Yutaka Fujihara and Naoki Kawamata share a lot in common. They were both born in Japan. Both men are lifelong Levi’s® fans, having bought their first Levi’s® vintage jeans in high school. And together they co-authored a book on 501® jeans.

I met Yutaka at BerBerjin, the vintage workwear shop that he manages in Harajuku, Tokyo.  He got the bug for vintage Levi’s® in his teens. In school he played soccer and had one day off, Sundays, the day he reserved for visiting vintage shops. To learn more he studied Boon, a Japanese fashion magazine for collectors, every month. “I saved my school lunch money to buy a pair of 1960s 501s,” Yutaka remembers. He bought the jeans at one of the vintage shops in his hometown of Kochi. His love for Levi’s® fanned a lifelong passion and his future work.

Naoki Kawamata, who lives in the Ibaraki prefecture in Mito City, has a similar story. He also saved up during high school to start his Levi’s® collection. “I bought my first vintage 501® jeans during a field trip to Kyoto,” he told me when we met at the Levi’s® Haus of Strauss in Tokyo. “They were a pair of 1953 501s.” A decade later while attending college at the University of Nevada, Reno, Naoki traveled to the motherlode of denim flea markets, the Rose Bowl. There in Los Angeles, he scored a vintage 501® dating to 1901—the year Levi Strauss & Co. added a second back pocket to its waist overalls. 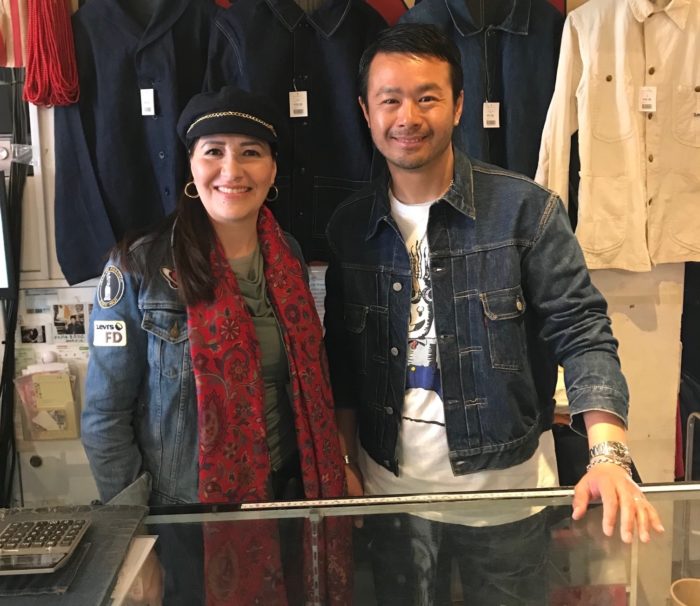 Naoki and Yutaka, like many Japanese collectors, enjoy wearing the vintage clothing in their collections. Naoki was dressed in a pair of Levi’s® orange Tab jeans that he personalized with patches. He has become adept at repairing early Levi’s® jeans that are now part of his daily wardrobe. Machine-stitched holes lined with interfacing are a common repair on many of the 501® jeans on racks at Yutaka’s store. Along with jeans, Yutaka loves early Levi’s® denim riveted jackets. At our meeting, he wore a vintage 1950s Levi’s® jacket with two front pockets, pleats and copper rivets at the sleeve openings—better known among collectors as a “Type Two.”

Both men have continued collecting and buying Levi’s® clothing over the years. Yutaka sharpened his shopping skills scouring flea markets in Kochi, and later in Tokyo, where he moved after high school. He approached the owner of Berberjin in Harajuku about work and was eventually hired in 1998. Yutaka has been buying for them ever since, sourcing Levi’s® clothing from private collectors and dealers as well as flea markets.

Naoki bought the prized Levi’s® jeans in his collection 20 years after buying his first pair in Kyoto. “I bought a 501 from 1890,” he shared, the same year Levi Strauss & Co. gave the waist overalls the 501® Lot number.

In 2015, Naoki and Yutaka published, The 501 XX: A Collection of Vintage Jeans. The co-authored book details the features of early 501® jeans and their changes through the years. Written in Japanese and English, the photo-filled book is a great reference tool for vintage collectors and Levi’s® fans alike.

I wrapped up my conversations with Yutaka and Naoki by discussing how the vintage denim market has slowed in recent years. “There used to be four vintage denim shops in Kochi,” says Yutaka, “now there’s only one.” But the slowdown hasn’t dampened their love for denim. Today, the two men are working on a new book project and another chance to dig into the design details of the world’s first copper-riveted denim riveted clothes—Levi’s®.