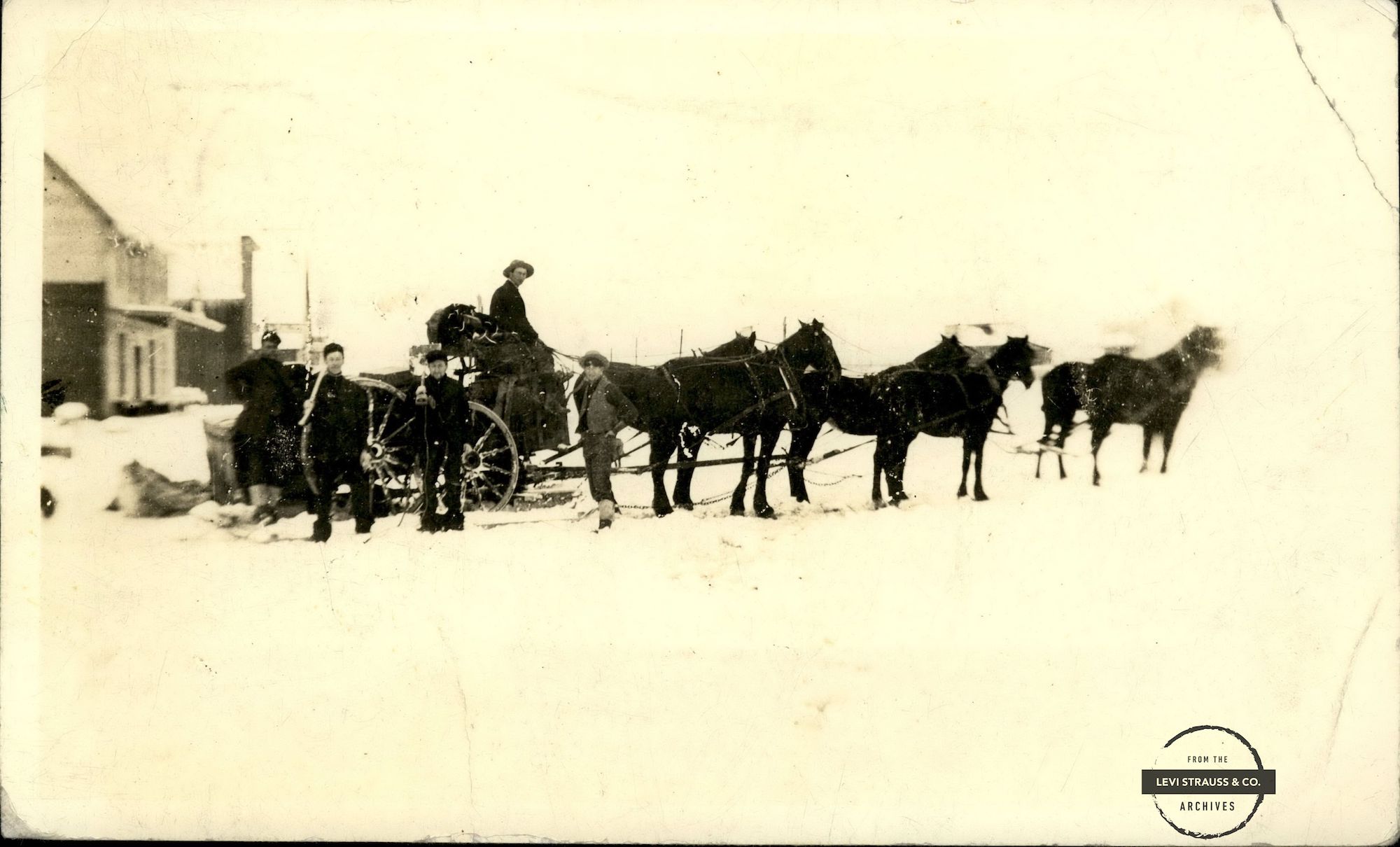 Every week, our Historian Tracey Panek shares throwback stories from the Archives and the company.

Salesman Joe Frank had a spectacularly long career at Levi Strauss & Co., which began during the course of Levi Strauss’s tenure until the height of the 1960s hippie movement in San Francisco. In that time, Joe saw a myriad changes at LS&Co. and the world—from the rise of cars to the dawn of television—and experienced the evolution of company culture.

Born on Halloween in 1876 in Baker, Oregon, Joe was hired in July 1896 as an order clerk while Levi Strauss himself was still alive and actively involved with the company. Joe worked from 7 a.m. until 6 p.m. and received a 50-cent stipend for supper. He worked the dry goods end of the business, and oversaw orders for collars, cuffs, armbands and the like.  These were the days when men’s shirts were sold without collars and cuffs, and you had to buy them separately.  Levi Strauss & Co. wholesaled these items (along with lots more dry goods items and the blue jeans) to small stores all over the West.

Three years later, Joe was a traveling salesman with a territory that ranged from San Francisco to Oregon. “I will never forget Mr. Strauss saying to me, ‘Never get discouraged!’” he recalled. “You will sell somebody – not everybody.  We don’t want everybody.’” He delivered products via horse-drawn wagon with one 75-mile wagon trip around 1902 taking Joe and his companions 10 days. During another memorable journey, Joe took a tram suspended on two cables 3,000 feet above the American River to make a delivery.

In 1949, when he was 73, Joe returned to San Francisco to work in the home office training new salesmen. He helped develop the company’s export business to its first million dollars of sales. Joe also had many “rules” about learning to be a salesman. Among them were: