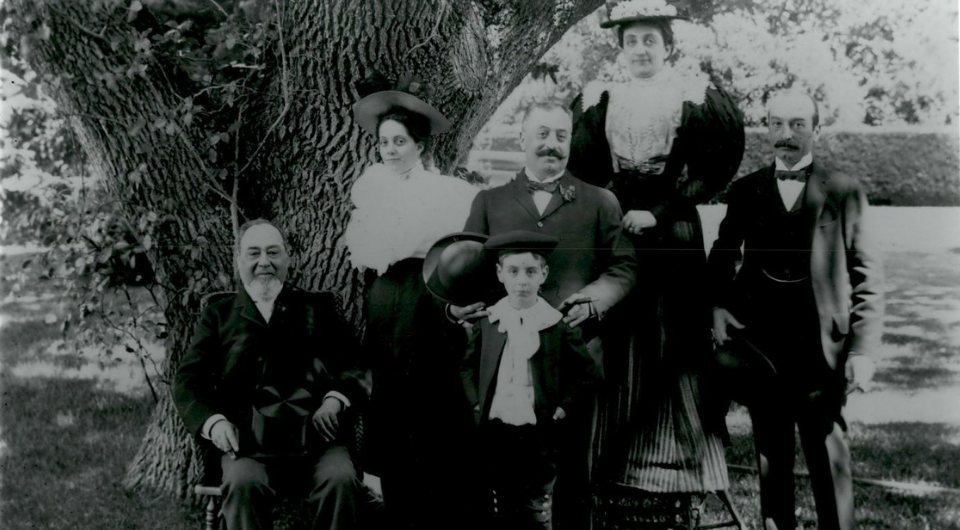 HBD, Levi Strauss – A Story of Our Founder’s Character

If Levi Strauss were alive today, he’d be celebrating his 190th birthday this week. At Levi Strauss & Co., we applaud our company founder as an astute businessman and generous philanthropist. His life is the American immigrant’s dream—a man who became a U.S. citizen and built a successful enterprise through his hard work. But he was more than just a successful businessman, he also had tremendous character.

On March 12, 1885 an old San Francisco newspaper called the Daily Alta California included an article with a captivating headline:

Under Arrest for Sending Threatening
Letters to Levi Strauss

The story concerned a Calaveras County, California storekeeper named Antonio Gagliardo, who was arrested on March 11 in San Francisco, charged with “felony in sending threatening letters to Levi Strauss, the well-known merchant of this city.”

Gagliardo was one of LS&Co.’s retail customers and had apparently gone out of business, fled to Los Angeles and then wrote to Levi, asking him to “use his influence” to help him obtain a clerical job. Levi sent him $50 instead (worth about $1,200 today), which apparently enraged Gagliardo. He wrote Levi again, and told him that he had ten days to help him get a job or he would “blow his (Levi’s) head off.”

Levi’s Italian acquaintances, many of whom knew Gagliardo, told him to have the man arrested, but Levi said he was simply “overexcited by his troubles.” However, when he learned that Gagliardo had made his way to San Francisco he was persuaded to tell the Chief of Police, who arrested him.

Levi refused to prosecute and the case was thrown out. Why? Because the defendant “…promised to refrain from carrying his sanguinary promises into execution.”

Levi was well-known enough to be a man of influence but he was also charitable to strangers, had friends outside of his own social and cultural circles, and he liked to believe the best about his fellow citizens. He also had to be gritty to start up and build his business in the lawless free-for-all that was 1850s San Francisco.

Generous and gutsy – a fitting legacy from the man who gave blue jeans to the world. Happy 190th birthday Levi!