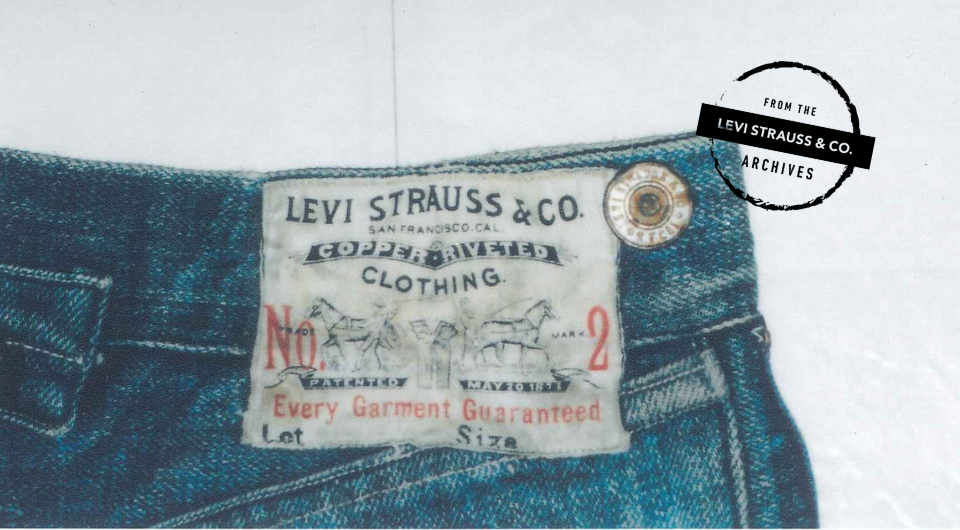 A Mammoth Levi’s® Discovery in the Klondike

Alf and Marlene Roberts own a placer claim at the site of the historic Klondike Gold Rush. They’ve spent decades digging for gold, making many other discoveries along the way.

Among the biggest? Giant bones, a pair of mammoth tusks and Levi’s®.

Miners in the Klondike Gold Rush of the 1890s met a mountain of challenges. Rugged terrain, a remote landscape and extreme temperatures. “They could only mine in the winter,” Alf says. “Summer, they couldn’t go underground, because the water would go down and wash them out.”

This meant that Yukon miners often built fires in shafts to thaw the icy earth, mucking through frozen ground until they hit pay dirt. The labor was onerous and required the toughest work pants available: Levi’s® copper riveted overalls aka blue jeans.

Nearly one century after the original Klondike gold discoveries, modern miners like Alf continue to troll through the earth for whatever remains. Fortunately, current conditions are less trying. Alf and his wife, Marlene, excavate in the summer using machinery and digging side trenches to divert water.

During one summer excavation in the late 1980s, Alf and Marlene made a remarkable discovery in an area also known for what may be Ice Age remains. Digging nearly 20 feet deep into a shaft, Alf hit pay dirt. He uncovered two pairs of Levi’s® — one in denim and a second pair in brown duck cloth. Later, at an area nearby, they found two mammoth tusks, ancient bison teeth and giant bones.

The found Levi’s® pants were worn by Klondike miners. They represent the two types of riveted waist overalls that LS&Co. originally sold: duck and denim. The white cloth label of the denim pants featured the Levi Strauss & Co. name, Two Horse Trademark, and a printed red “No. 2” that identified lot number 201. Eventually, the denim became more popular among customers than the brown duck.

Alf muses about why miners may have cut the legs off one pair. “We’re just guessing that maybe they used the other leg to put over their knees . . . because they were kneeling on the wet ground.”  Despite some damage, Alf could still make out the white cloth 201 patch on the back side of the denim pair.

The mammoth Levi’s® find in the Klondike is an amazing example of the preservation possible in the frozen Klondike wilderness. It is also evidence of the strength and durability of LS&Co. products that have literally outworn, outlasted and out-weathered the rugged landscape.