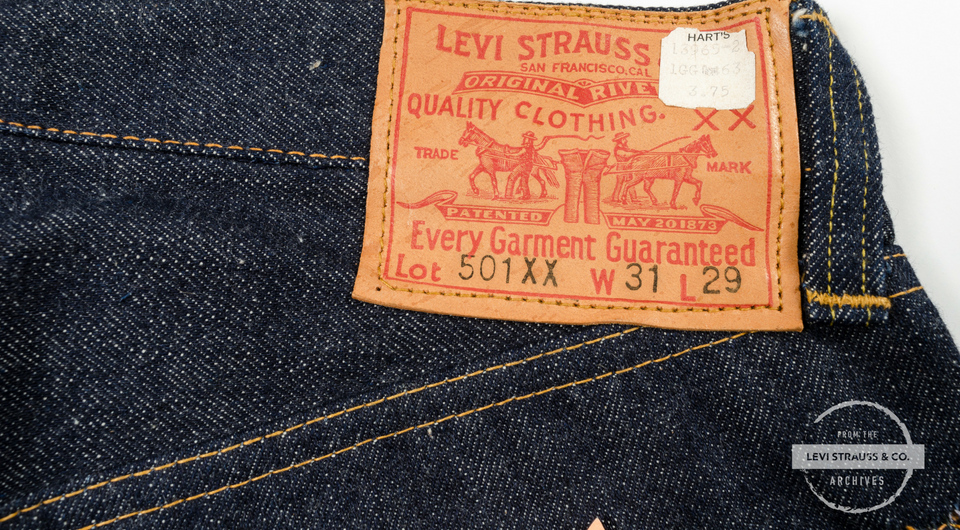 Last year, Kay Keiko Utsumi was scanning items at the annual rummage sale for the San Jose Buddhist Temple when something caught her eye. It was a pair of unworn Levi’s® 501® jeans with tags still attached. The pants looked new and the size might fit her boyfriend so Kay bought them. It wasn’t until Kay and her daughter, Kerrie, saw a price tag from an iconic San Jose department store on the leather patch that the two women realized the bargain Levi’s® might be something special.

Leopold Hart opened Hart’s Department Store (L. Hart & Son Co.) in San Jose, California in 1866. Located south of San Francisco in an agricultural area, Hart’s, with its familiar “H” inside a heart-shaped logo, became an institution. Locals from all over the area shopped at Hart’s and the Hart family became well-known and respected.

Hart’s would continue to serve San Jose residents for decades, through the booming post-war economy in the 1950s when the 501® jeans found by Kay originally went on sale for just $3.75.

The Levi’s® jeans date to sometime in 1953 or after—the giveaway clue is on the red Tab of the right back pocket. In 1953 Levi Strauss & Co. began using red Tabs with white LEVIS stitching on the front and back side of the Tab. The pocket flasher and Guarantee Ticket that were attached to the back right pocket were damaged when Kay’s boyfriend tried the jeans on before the Utsumi family realized that they were vintage Levi’s® jeans.

Although Hart’s closed its doors in 1968, remnants of the department store remain. The city of San Jose, now the heart of Silicon Valley, named a dog park for Hart’s, adding the heart-shaped logo to the painted sign.

The Buddhist Temple Levi’s® 501® jeans are now preserved in the Levi Strauss & Co. Archives – evidence of a bygone agricultural era, a Japanese family community, and a century-old shop.