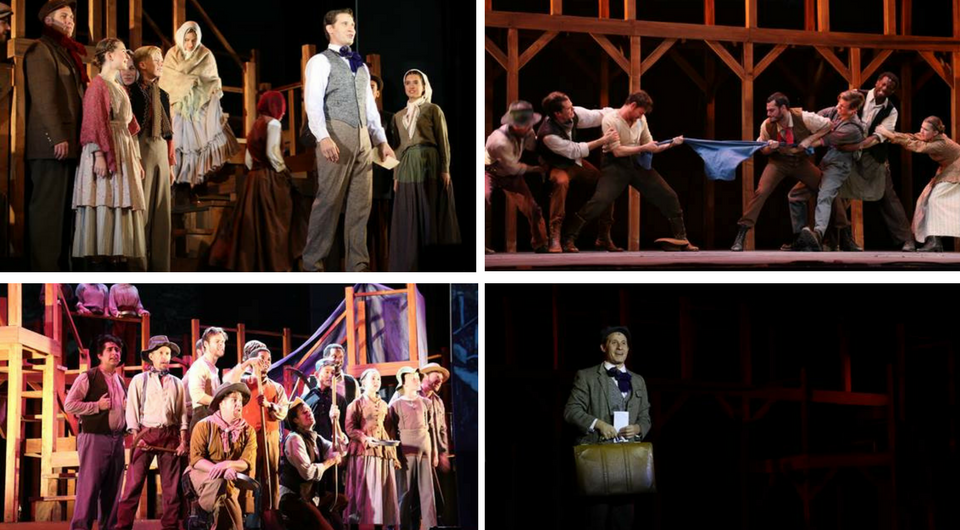 As the Levi Strauss & Co. historian, I spend a lot of time immersed in the story of our founder — whether researching, writing or talking about it. But in a first for me, last month I got to hear the cast of the L.A. City College Theatre Academy sing about it.

Levi! A New Musical — which ran from November 17 to December 2 — was originally written in 1979 but never produced. Featuring music by the Sherman brothers of Disney fame (think Mary Poppins and tunes like It’s a Small World), this unexpected retelling of the life of Levi Strauss & Co.’s founder brought fresh energy to a familiar story.

A key theme is the immigrant experience, with the musical beginning on the deck of a ship bound for Ellis Island. German-born Levi Strauss, like many immigrants then and now, leaves his home and settles in America to remake himself. “It’s so timely right now in so many ways, and genuinely warm, funny and touching,” said director Bruce Kimmel.

The musical does take some artistic license in depicting Levi’s life, though, painting a fictional account of his days. Levi is portrayed as a tailor, not a businessman, and the invention of blue jeans is based on a myth about Levi using sailcloth from ships. The show also tackles important themes like racism, but does so by building on imagined events in Levi’s life, like a romance with a Chinese woman.

In truth, the birth of blue jeans was based on a partnership between Levi and tailor Jacob Davis, who were granted a patent for riveted pockets in 1873 — decades after Levi established his wholesale Gold Rush business. Rather than sailcloth, Levi sourced denim from the Amoskeag Mill in New Hampshire. Anti-Chinese sentiment was an issue that Levi wrestled with, according to my predecessor Lynn Downey’s biography, but not in the noble way portrayed in the show. And despite hints at love, Levi described himself as “married to his work.”

The role of Levi was played by Marc Ginsburg, who led the cast with his convincing German accent and strong vocals. A supporting group of students played characters ranging from Chinese workers to members of the Strauss family.

The staging, from seaside to mining camp, was as impressive as the costuming. I especially enjoyed the tug-of-war played out by the cast over Levi’s new denim work pants — an allusion to LS&Co.’s famous two-horse trademark that symbolizes the quality of riveted blue jeans.

But by far, the music was my favorite feature of the show. The Sherman brothers created some of world’s most memorable songs, and Levi! didn’t disappoint. I wasn’t the only one humming Opportunity during the intermission — a tune that stuck with me even after the show.