In 1971, Warren Smith was a civilian working on a military base in the Marshall Islands—Kwajalein Island, to be exact. He wasn’t required to wear a military uniform and therefore wore Levi’s® jeans to work all the time.

Hundreds of people—base civilians like Smith and soldiers alike—all shopped at the Post Exchange store for their Levi’s®. When they weren’t in uniform, 501®s and a white T-shirt was the off-duty outfit of choice—so much so that many foreigners’ first exposure to blue jeans was seeing Levi’s® on American soldiers serving abroad.

For the servicemen, these reminders of home were highly coveted and closely guarded. During World War II, one mother of a soldier mailed her son in Honolulu two pairs of 501®s, which he slept on to prevent anyone from stealing them. Fortunately, when soldiers shipped out, they could usually find their favorite casual pants at a Post Exchange store on base.

Though 501®s were most popular, the 1970s brought some funky finds to these military bases. One of Smith’s most unusual finds? A pair of orange Tab Levi’s® jeans made of patterned denim, which featured, patriotically, the faces of U.S. Presidents.

“It was a close-out item,” said Smith, a machinist who worked on missiles. “Levi’s® was a big number and very popular.”

Levi’s® jeans first entered the Asia/Pacific market in the 1940s through U.S. military exchanges, according to Pete Jacobi, former Levi Strauss & Co. President. In 1965, a sales office was established in Hong Kong. 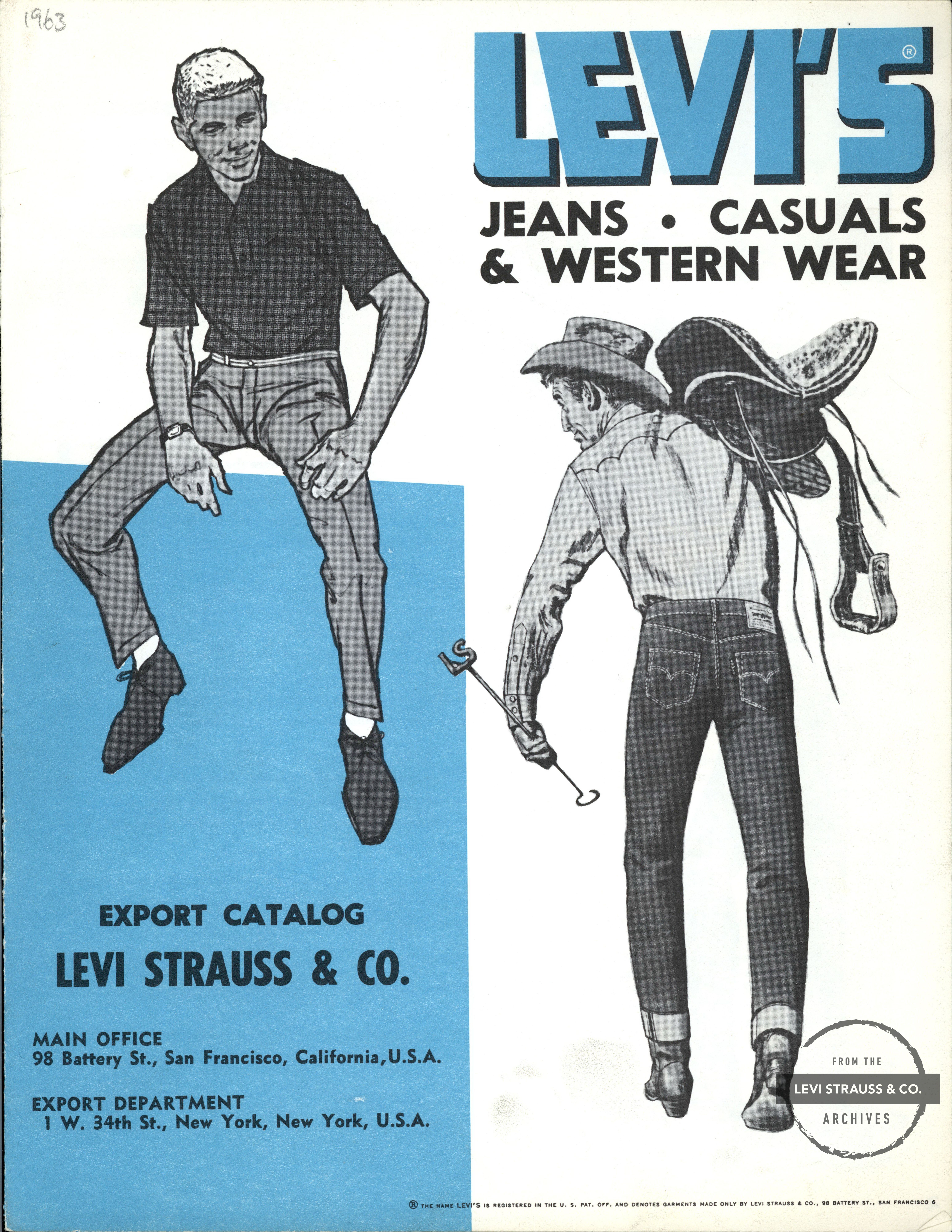 Levi Strauss & Co formalized the sale of Levi’s® jeans at Post Exchanges in 1970. A dedicated Military Sales unit was created to properly service the Army, Air Force, Marines, Coast Guard, Navy, Veterans Canteens and hospitals all over the world. Prior to 1970, sales representatives wore two hats, selling to both commercial accounts and military accounts in their areas.

“We cater to a market that exceeds 16 million,” wrote Bob Selna, Manager of Military Sales, in the Swatchtower Newsletter on February 20, 1976. “Twenty percent of the market in military is in the age group 18 to 21 years old.”

Anticipating that Post Exchange buyers would eventually return home and continue purchasing Levi’s® jeans, the Military Sales team kept the Posts’ shelves stocked with the product. All Levi’s® garments were sold, from Boyswear (which was shipped home) to Miller Belts, owned by LS&Co.  Within six years, by 1976, exchange sales had increased 600 percent, and these young Americans buyers became Levi’s® ambassadors.

Smith left Kwajalein after four years and married his sweetheart, Margie. The two eventually settled in Wisconsin. Now retired from a career working in atomic missiles and experimental laboratory think tanks, Smith has time to reflect on items he’s collected over a lifetime. This includes the vintage orange Tab Levi’s® jeans he bought back in 1971. Thankfully, he joked, “I married a lady who doesn’t throw things out.”

Smith has since shared the story of his Exchange jeans with his son—and with us. The jeans, and the story, will hopefully inspire a new generation of young Levi’s® fans.

Tracey Panek is the Historian for Levi Strauss & Co. where she manages the day-to-day workings of the Levi Strauss & Co. Archives as a key corporate asset, answering historical questions, assisting designers, brand managers, executives and other employees whose work requires historical materials in the Archives. Be sure to follow her on Twitter, @TraceyPanek, for exclusive vintage photos, historical tidbits and more!