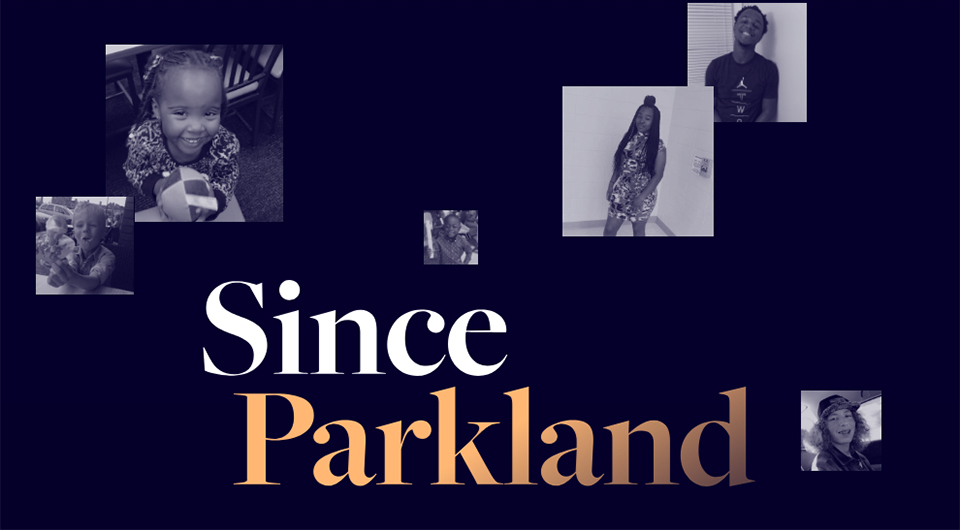 “Since Parkland” Shines a Light on Young Victims of Gun Violence

Levi Strauss & Co. is proud to be a supporter of “Since Parkland,” a unique project launched today that is powered by the reporting of more than 200 teen journalists and tells the stories of the more than 1,100 children killed by gun violence in the U.S. over the last year.

“Since Parkland” is inspired by the desire to tell the individual stories behind the chronic gun violence that takes young lives across the U.S. every day, but doesn’t get nearly as much attention as headline-grabbing mass shootings like the one at Marjory Stoneman Douglas High School on Feb. 14, 2018.

The nonprofit news organization The Trace worked with student journalists to shed a light on the young people who lost their lives to guns over the last 12 months, from victims of school shootings to children killed in incidents that include domestic violence, drug-related shootings, stray bullets and unintentional discharges.

LS&Co. supported The Trace from the Safer Tomorrow Fund, a $1 million philanthropic fund to support nonprofits and youth activists working to end gun violence in America. We are honored to champion the incredibly important work that these young journalists have done in painting a full picture of gun violence and how it affects our country’s children.

Here are a few examples of their work (full reporting can be found on the Since Parkland site):

Sunday roundup, nine names, one his.

On a Saturday night, a boy ventured out onto the 8700 block of South Michigan Avenue as light rain trickled through the branches of the large, overhanging trees.

Online, the boy was described as “very intelligent, thoughtful” and “beautiful.” But in the newspaper, he was only one of nine names in a Sunday roundup about Saturday night.

– By Lucy Nemerov and Matthew Asuncion Ages 16 and 19

Three days after his third birthday

He was young, too young to have his own accounts on Facebook and Instagram. But tidbits here and there — including birthday photos in the news reports that followed — revealed him.

His mother knew him as a “lovable boy…with an old soul.” He collected stuﬀed animals; he liked to dance. He had a black fedora that didn’t quite ﬁt his head, but he wore it anyway.

On April 1, 2018, T’Rhigi Craig was shot and killed while sleeping in the backseat of his mother’s car in Atlanta, Georgia. It was Easter Sunday, two days after his third birthday.

Life stopped at the Kwik Trip

She was described as a “loving, silly girl who loved to give hugs.”

She was in the backseat of a car with friends at Kwik Trip store #950 getting gas when she found a gun in a backpack and started messing with it. Others nearby heard a loud bang and suspected the car had broken down. Only after the screaming began in the front seat did they realize that something had gone terribly wrong.

Amariah Kimbrew, 15, accidentally shot herself in the head and died on June 13, 2018, in Madison, Wisconsin.