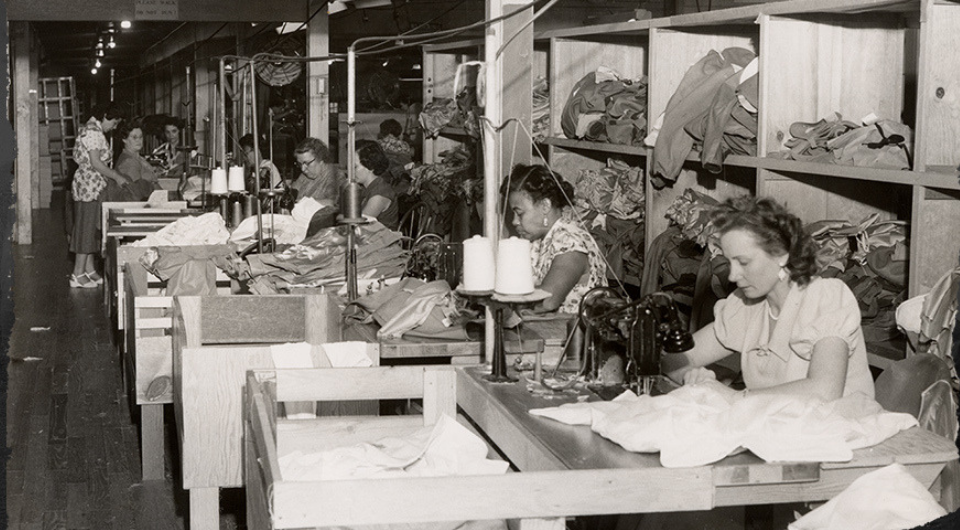 In the United States, the month of February is observed as Black History Month to remember and celebrate the contributions and achievements of African Americans throughout our nation’s history. Black History Month acknowledges the struggle to achieve equal opportunity in American society, and recognizes the people and organizations that have acted as allies in these ongoing efforts.

Early in our history, LS&Co. welcomed African Americans in its workforce at a time when it wasn’t common, many working in our San Francisco factory in the 1920s, and across our California plants during World War II. In 1960, we opened one of the country’s first racially integrated factories, long before desegregation was mandated by law. A decade later, we implemented special recruitment programs to bring more people of color and women into areas of the organization where they were underrepresented. By 1984, LS&Co. was recognized for its social programs, and received the Lawrence A. Wien Prize in Corporate Social Responsibility from Columbia University.

In 1991, we launched the Project Change initiative, aimed at fighting racial prejudice and institutional racism in the communities where we do business. Our groundbreaking work resulted in LS&Co. receiving the first Ron Brown Award for Corporate Leadership, named after the first African American U.S. Secretary of Commerce. And in 1996, the Martin Luther King Jr. Center for Nonviolent Social Change presented Levi Strauss & Co. with the Management Social Responsibility Award.

The Levi Strauss Foundation also actively advances the human rights and well-being of underserved people in places where we have a business presence. This is evidenced in its funding of social justice organizations, many within the San Francisco Bay Area, that utilize grassroots mobilization and legal advocacy to elevate black and brown communities nationwide.

LSF has committed an annual $1 million investment in its Rapid Response Fund, (now entering its third year) which addresses threats to democracy that affects highly vulnerable communities nationwide. A few of the LSF grantees focused on work in the black community include Live Free, UndocuBlack Network, and Ella Baker Center for Human Rights.

As a company, we know that diversity make us stronger – regardless of race, gender, gender identity, sexual orientation, nationality or religion. Diverse perspectives are a must. Our president and CEO, Chip Bergh, was one of the first company leaders to join the CEO Action for Diversity & Inclusion™. And this year, we were honored to be recognized by Forbes as one of this year’s “Best Employers for Diversity” in the U.S.

Looking toward the future, we continue to work on making LS&Co. a better place to work and grow, and we demonstratively believe in equality for all. As our former CEO Walter Haas Jr. once said, “Each of us has a capacity to make business not only a source of economic wealth, but also a force for social and economic justice.”