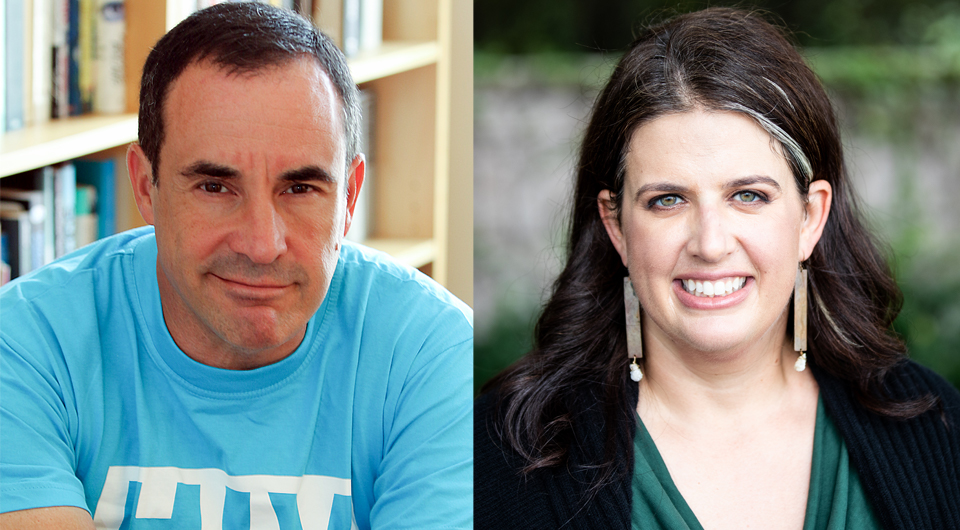 Two Levi Strauss Foundation grantees who challenge discrimination and fight to protect the civil liberties of vulnerable communities have been recognized with 2018 MacArthur Fellowship awards.

Becca Heller, the executive director of the International Refugee Assistance Project (IRAP), and Gregg Gonsalves, an HIV/AIDS activist and global health advocate, join the list of LSF grantees who have been awarded “genius grants” by the John D. and Catherine T. MacArthur Foundation.

The prestigious fellowship awards are given to creatives of all disciplines who show extraordinary originality and potential. Each fellow also receives a $625,000 “no-strings-attached” award to spend however they wish.

In her work at IRAP, which received grants in 2017 and 2018 from LSF’s Rapid Response Fund, Heller takes an interdisciplinary approach to immigrant and refugee rights. IRAP’s network of more than 3,000 volunteers provide legal aid to refugees from around the world. The organization has helped more than 200,000 of the world’s most at-risk refugees through litigation and grassroots calls to action. IRAP mobilized more than 1,600 lawyers at U.S. airports to defend the rights of travelers blocked from entering the country following a travel ban on seven majority-Muslim countries. IRAP was also the lead organization to challenge the original travel ban and subsequent versions of it.

Gonsalves’ advocacy work similarly draws from multiple disciplines. In his work, he uses public health and science to effect change for poor and marginalized communities. Gonsalves is co-director of the Global Health Justice Partnership, a joint initiative between Yale Law School and Yale School of Public Health designed to advance human rights and social justice in public health and legal research. Gonsalves has also helped to launch three vanguard organizations: The Treatment Action Group (1992); The International Treatment Preparedness Coalition (2003); and The AIDS and Rights Alliance of Southern Africa (ARASA). Levi Strauss Foundation supported each of these organizations over the years – most recently providing a $100,000 grant in 2017 to ARASA.

The Levi Strauss Foundation salutes these grantees for their nimble and creative leadership.