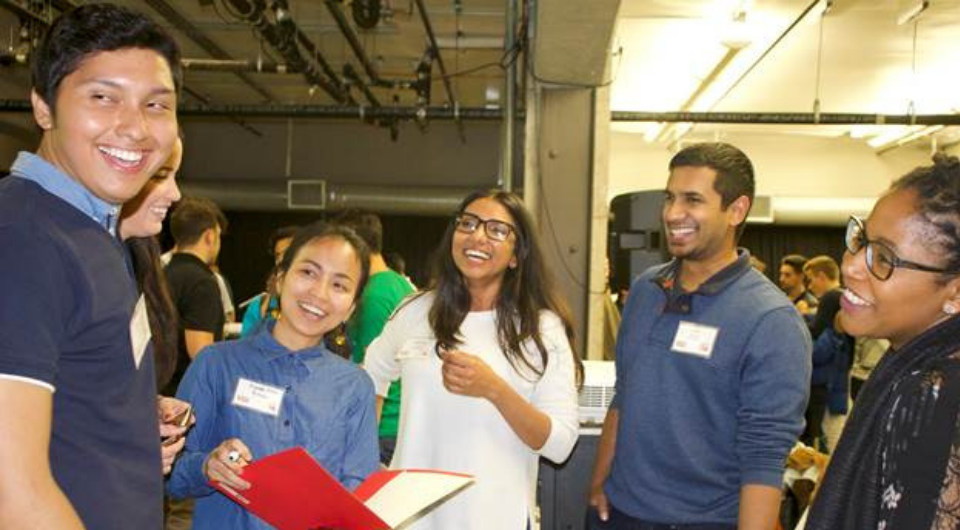 From Concept to Concrete Project: Levi’s® x Techstars Winner Goes All In

Pam Belen arrived at the Levi’s® x Techstars Startup Weekend with no concrete ideas about what she’d pitch for “The Future of Retail.” Two days later, the 30-year-old Philippines resident quit her consulting job to incubate her first-place idea under Levi Strauss & Co. mentorship with a goal of taking it to market in three months.

Pam was one of 86 participants from around the globe who converged at Levi’s® Plaza in San Francisco in November for our first-ever Startup Weekend with Techstars. Her winning idea is an app called Second Opinion that engages micro-influencers to give real-time feedback and recommendations to customers in while they’re shopping. Four out of five of her team members have also committed to continue working with Pam on the project.

Startup Weekend participants, who hailed from different business backgrounds, formed teams the first night and worked all weekend before meeting with a panel of judges, including Marc and executives from Techstars and other Bay Area companies. Over 54 hours, the teams experienced the highs and lows of startup life, from building the product to finding customers to presenting to local startup leaders.

Pam, who has an accounting background, said she thought about her own challenges in navigating retail when coming up with the idea for Second Opinion. She often goes shopping intent on buying clothes, but then is indecisive on what to buy and ends up seeking a second opinion. She developed the app with teammates Maripily Alvarado, Visooda Kumar, Jeanette Jordan and Alex Fernandez to beat out nine teams and 37 other new ideas and technologies aiming to solve consumers’ needs in the retail environment.

Pam said the mentors provided to her team helped guide them on the right path. Winning a Levi’s® Commuter Trucker with Jacquard by Google motivated them but being validated by Levi’s® and other experts in the field was an even greater prize.

“We’re serious about solving this problem for customers who can’t decide when they’re shopping. We think real-time crowdsourcing is the future,” Pam said. “I’m proud of how everything came together because of teamwork. There is a saying that you attract people like you. We gravitated to each other because we have the same attitude and values. Ten years from now, I’ll look back to this and say: that was such a great experience.”

As one of America’s oldest companies and the inventor of blue jeans, we consider LS&Co. one of the Silicon Valley’s first startups. We strive to foster and support innovation and entrepreneurship in the retail industry as we rise up ourselves to be leaders in product, manufacturing and digital technology.

“This Techstars Startup Weekend was about leveraging the global resources of LS&Co. and Techstars to enhance collaboration within this community and to develop innovative new ideas and technologies for consumers,” Marc Rosen, EVP and President of Direct-To-Consumer for LS&Co. said. “Taking something from idea to reality, and eventually to scale, takes a diverse set of skills – from creative thinkers, to tactical thinkers to business minds.”

Marc added, “I see the future of retail – and the retailers that will win – will be those that can leverage the right technologies to help erase the lines between stores and online to create a seamless experience for their consumer.”