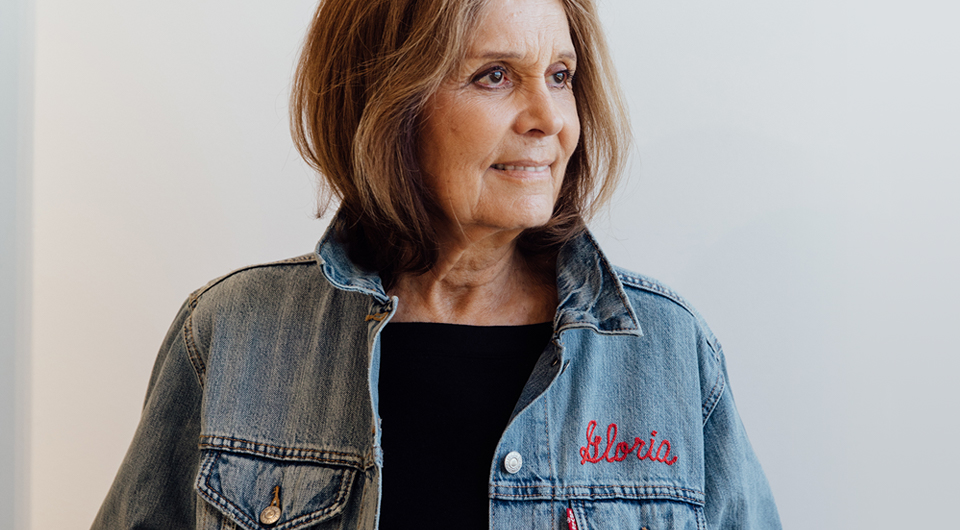 Discussing the Future of Feminism With Icon Gloria Steinem

Gloria Steinem has never been one to mince words – and she’s not about to start now.

The author, activist and fierce feminist icon sat down recently with our own Jen Sey, senior vice president and chief marketing officer for the Levi’s® brand, at a women’s leadership conference put on by Levi Strauss & Co. for a conversation that touched on topics ranging from the venerable Ruth Bader Ginsburg to the perils of the patriarchy.

And when asked where feminism today is headed, she didn’t hesitate for one single second: “Wherever the hell we want.”

She acknowledged the challenge of staying hopeful in these divisive times. Steinem acknowledged that she is plenty upset about the state of today – but tempers it with a little hard-earned perspective. “The advantage of old age is you remember when it was worse … And I’ve never seen so much activism as I do now. It’s just enormous.”

Perhaps her most important message?

“You have to vote,” she said. “Because the voting booth is the only place on earth where people are equal.”

Other highlights from her talk:

“She’s always been there as a voice of consciousness and accuracy and compassion … I never would have dreamed she would be on T-shirts. It’s great.”

On democracy
“The beginning of democracy is that we govern our own bodies. The power of the government is that it stops at our own skins. And by that measure women have almost never lived in a democracy. We have been inching up on democracy but we’re not there yet.”

On raising strong daughters
“Listen to her. If we listen to her, she will know she’s worth listening to.”

On what she said (and didn’t say)
“The truth will set you free – but first it will piss you off.” (That’s a Gloria Steinem original.)

“A woman without a man is like a fish without a bicycle.” (Despite decades of misattribution, those were not her words.)