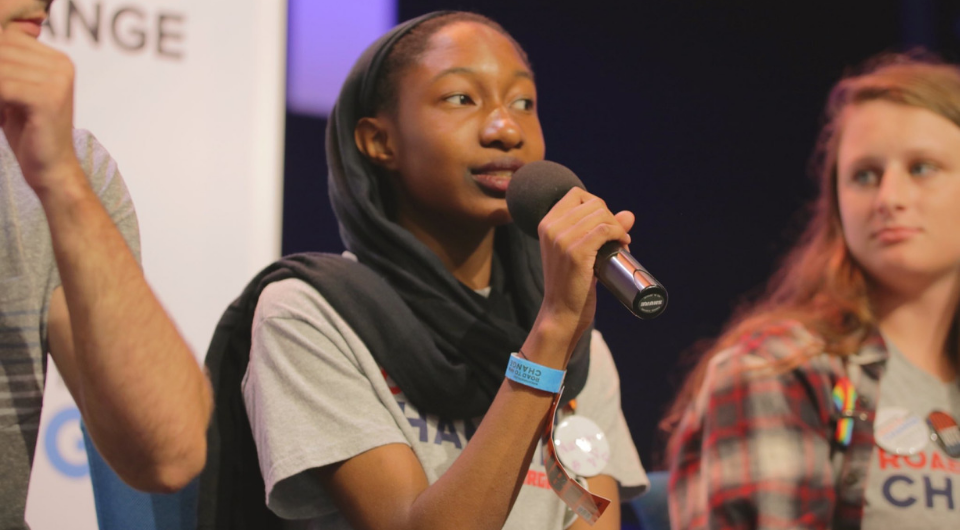 Youth Are Getting out the Vote

We‘re encouraging everyone – from employees to consumers – to get informed, get involved and get out to vote. We‘ll be featuring stories about our voter engagement efforts every Tuesday leading into Election Day, November 6.

It was in the wake of a family tragedy – a cousin killed by gun violence – that Nurah Abdulhaqq was shaken into action. She was just 12 years old.

Unsure how to get involved from her own community of Douglasville, Georgia, Nurah went online to research what she could do to better educate herself on the issue of gun violence. And then the Stoneman Douglas High School shooting happened in Parkland, Florida.

“Between the Parkland shooting and my cousin’s death, that’s what really drove me to get involved in gun violence prevention, and advocacy work in general,” Nurah, now 15, said. “I felt like this was something I had to do.”

And she’s been doing it ever since.

With the support of a network of teen activists – including those from Parkland – as well as organizations like Headcount.org, Nurah is shining a light on gun violence prevention as well as encouraging her peers to hit the polls this November and vote. Her work is being funded in part by our Safer Tomorrow Fund, which we established to direct more than $1 million in philanthropic grants from LS&Co. over the next four years to fuel the work of nonprofits supporting youth activists who are working to end gun violence in America.

Nurah began small, starting a March for Our Lives club at her school, but she has since taken her message to her community and beyond. From town hall meetings featuring the likes of Georgia Gubernatorial candidate Stacey Abrams and GA. Rep. John Lewis to co-founding the National Die In Movement, she also hit the road this summer with the MFOL Road to Change tour. Now, as the statewide co-director for March for Our Lives in Georgia, Nurah is also driving voter registration events throughout her state.

HeadCount is providing video training on voter registration and Georgia laws as well as other registration processing services and materials to support Nurah and other young people like her.

“Adults don’t need to be there, because we know our situation the best. And we’re the only people that can really fix this,” Nurah said. “The past generations kind of screwed us up and we have to clean up the mess. So that’s really what we’re trying to do.”