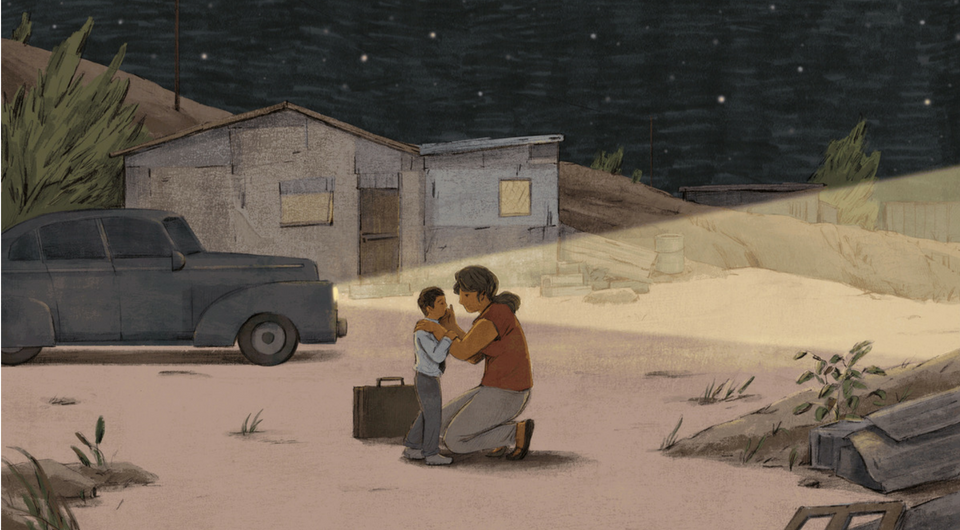 This is the second in a series of stories that Levi Strauss & Co. and StoryCorps have curated to bring to life powerful conversations from the StoryCorps collection of oral histories. In case you missed it, check out our series of LGBTQ stories celebrating Pride.

It’s become an all-too-familiar story around the world – people fleeing difficult circumstances in search of better, safer lives. Today, with an unprecedented 68.5 million displaced people worldwide, it isn’t an issue confined to one country or one border.

At Levi Strauss &Co., we feel a powerful responsibility to stand up for the values we believe in and advocate for the kind of world we want to live in – which is why we have a long track record of supporting organizations that uphold civil liberties and immigrants’ rights.

LS&Co. and StoryCorps have partnered on this latest series highlighting the impact of migration and immigration on families—in times of hardship and times of triumph. StoryCorps has been recording with people of all backgrounds and beliefs since 2003, building the largest collection of human voices ever gathered.

Hear from first-generation immigrants about coming to America, their choices, and charting new paths for their families. These powerful stories, selected in honor of Independence Day, reflect the vast range of American experiences that make this country great.

Lan Cao remembers fleeing Vietnam at age 7 and resettling in the United States when she was a teenager. They came to StoryCorps when her daughter, Harlan Van Cao, was 12, just a year shy of when Lan Cao immigrated to rebuild her life in America.

Francisco Preciado migrated to the United States at age 6, entering with his parents under a program that provided agricultural jobs to Mexicans. He eventually took a job as a groundskeeper at Stanford University. His son Frankie later graduated from the school. Francisco and Frankie came to StoryCorps to talk about their time together at Stanford—one as a maintenance man, the other as a student.

Francisco Ortega’s parents made the difficult decision to leave him and his nine siblings in Tijuana, Mexico so they could build a financially stable future for their family. At StoryCorps, Francisco shares memories of his childhood in Tijuana with his 16-year-old daughter, Kaya, and tells her about the day he left Mexico to reunite with his parents in Los Angeles.