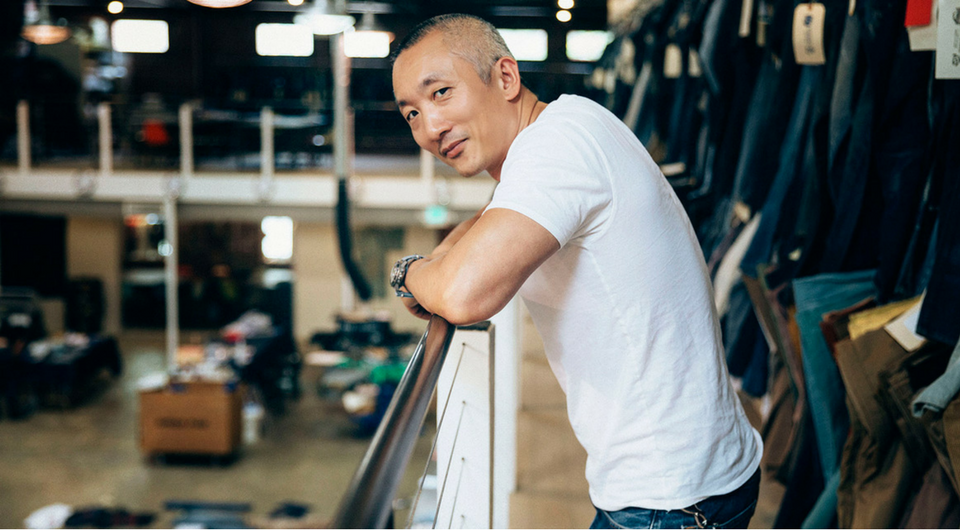 Inside Levi’s® Design with Jonathan Cheung

Editor’s Note: The following interview was originally published on levi.com.

How does a brand stick around and continue to remain relevant?

Once loved almost exclusively by the denim head and lifelong consumer, the Levi’s® brand is finding itself in the center of culture and has made its way back into the closets of thousands of fans. Jonathan Cheung, SVP of Levi’s® Design, is a firm believer in Darwinian evolutionary principals. “You have to have the mentality that you must adapt, and that staying still, even if you’re successful, will lead to irrelevance and eventually a decline. Hubris and complacency are your worst enemies. It’s not the strongest, or even the most intelligent that survive, but the ones that are most adaptable to change.

“Our history, and our flagship product, the Levi’s® 501®, is an example of that. It has changed in its design, probably upwards of thirty times in its lifetime… but also in its end use. Its actual purpose has changed from being a pure, blue collar working overall, something that was meant to be worn over your existing pants, to a fashion item that transcends age, gender, and social status,” Jonathan added. “It’s that adaptability that’s allowed the 501® to thrive. But, we mustn’t rest on that, and we must continue to innovate and create the future.”

Jonathan, who loves cultivating creative minds almost as much as he loves denim, quotes Ed Catmull, the current president of Pixar and Walt Disney Animation Studios, while discussing the future of Levi’s®. “If you give a good idea to a mediocre team, they will screw it up. If you give a mediocre idea to a brilliant team, they will either fix it or throw it away and come up with something better.”

Read the full interview on the Levi’s® brand blog now.