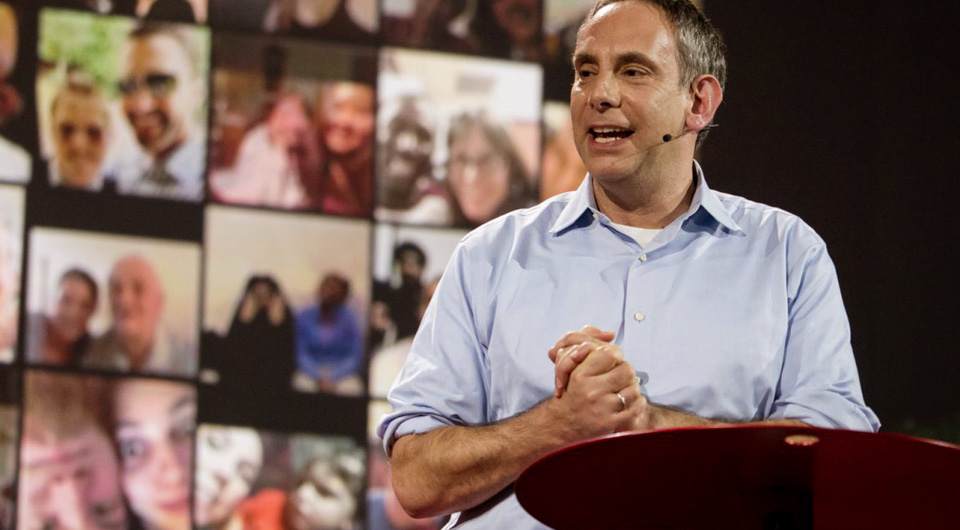 Building Bridges, One Story At A Time

There is value in everyone’s story – but some are so good, so sweet or funny, so heart-wrenching or spirit-lifting, they simply demand a wider audience.

At StoryCorps, a nonprofit organization that records and preserves the stories of everyday people, they get one.

Take the tale of old-school Brooklynites Annie and Danny, who agreed to get married on their very first date. The next morning, Danny called Annie as early as possible to find out if she’d changed her mind. She hadn’t, and for the rest of their lives he called her up every year on April 22 to ask if she’d make the same choice today. She would.

When they told their story years later to StoryCorps, the deeply romantic and gruffly charming Danny explained why he tells Annie he loves her so often: “I say it to remind you that as dumpy as I am, it’s like hearing a beautiful song from a busted old radio. And it’s nice of you to keep the radio around the house.”

“The two of them really personified the beauty and the poetry of people all around us when you take the time to listen,” said StoryCorps founder and president Dave Isay, who visited Levi Strauss & Co. headquarters recently to talk about the power of storytelling. “Danny was 5 feet tall, and his eyes were very crossed, and he had one snaggle tooth … and more romance than all of Hollywood’s leading men put together. He desperately loved Annie.”

The mission of StoryCorps resonates for LS&Co., which shares the ingrained values of empathy and courage, and believes the company’s true worth is measured not in the jeans that it makes, but in the stories of the people who live in them.

Half a million people have contributed their stories to StoryCorps since it was founded in 2003. The goal isn’t to produce great works of art or entertainment (although that certainly happens); the goal is simply to hear what people have to say. Stories have the undeniable power to teach and inspire, to impart lessons from the past and hope for the future – but sometimes it’s the simple act of listening and sharing that makes the biggest impact, Dave says.

That’s a lesson he learned early on in his career making documentaries for public radio, when he noticed that giving the people the opportunity to talk about themselves – where they came from, who their parents were, what their dreams for their families were – was “important, and sometimes transformative.”

That led to the founding of StoryCorps, which started in a booth in New York’s Grand Central Station, where people could bring anyone whose story they wanted to hear. The stories are recorded with the help of a facilitator, and archived with the Library of Congress and on the StoryCorps website; a selection of the most broadcast-worthy are also played on National Public Radio each week. Now the project has expanded to include recording sites in Atlanta, Chicago and San Francisco, as well as mobile studios that travel the country and a new app that puts the tools to record directly in your pocket.

“We hope this is just the beginning,” Dave said. “It’s one of the few media entities that translates across the political divides. It’s kind of a stealth weapon for good.”

Sometimes that “stealth weapon” takes aim at the funny bone instead of the heart strings.

Like 93-year-old Betty Jenkins’ account of how a blow-up bra, a gift from a mother worried that her skinny frame wasn’t attracting enough male attention, wound up popping on an airplane while traveling to South America.

“It was a loud, resounding sound and the co-pilot came into the cabin with a gun wondering what had happened,” she remembered. “It’s difficult to explain to people in English that part of your anatomy just blew up. But to try to do it in Spanish, it’s beyond hope.”

The plane landed, Betty was taken off and searched for the bomb they thought she was carrying. When the source of the commotion was finally revealed, the incident ended with chuckles all around – and a $400 bill for the unscheduled stop.

Sometimes the stories come from unlikely pairings – like Oshea Israel and Mary Johnson, who discussed the friendship that took root after Mary came to visit Oshea in prison, where he was serving time for killing Mary’s son in a fight.

“After you left the room, I began to say, I just hugged the man who murdered my son,” Mary recalled in the interview. “And I instantly knew, all that anger and animosity, all the stuff I had in my heart for 12 years for you, I knew it was over.”

“It motivates me to stay on the right path,” Oshea responded. “You still believe in me. And the fact that you can do it despite how much pain I caused you, it’s amazing.”

With his new One Small Step initiative, Dave wants to create more opportunities like that, bringing together people who seem divided by chasms of difference to sit down and simply share.

“The dream is that someday this will be woven into the fabric of American life,” he said, “and help make the country more compassionate, better listeners, recognizing that eternal truth of the value in everybody’s story and everyone’s life.”