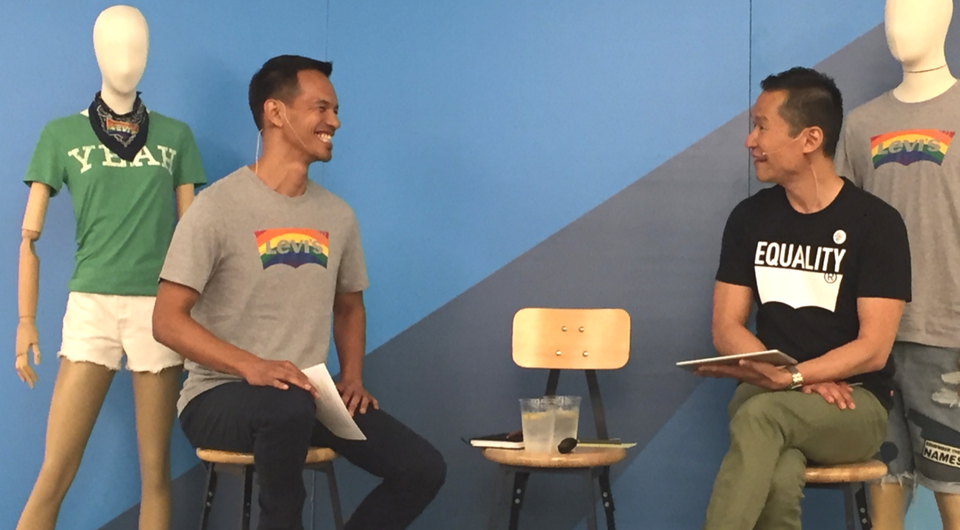 B-Change: Carving Out a More Inclusive Digital Space for All

Activism is what changed the life trajectory of Laurindo Garcia and his family.

As a student in the Philippines, his father was an outspoken advocate in protest movements. In 1971, his parents fled Manila to escape the martial law imposed by the repressive Marcos regime and settled in Australia. The Garcias were pioneers of sorts — part of the first wave of Asians who migrated to the country.

“In my community, there were no other Asians around. I was one of two Asian kids in my kindergarten. And on top of that I had a weird name. I was very shy and very aware that I was ‘other,’” Laurindo recalled. “Throughout my life I have experienced exclusion in different ways… but I think that very layered experience of exclusion has become the catalyst for me to try to make the world an inclusive place in a very different way.”

Laurindo recently visited Levi Strauss & Co.’s San Francisco headquarters for an inspiring discussion on his personal journey and life’s work. He describes himself as a “professional, full-time change-maker on a mission to build a digital marketplace for inclusive services and businesses.”

Laurindo is convinced that communities – along with the institutions, services and businesses that make them tick – are strongest and thrive when they embrace the diversity and life experiences of all within. He is on a crusade to use the power of technology to forge spaces of inclusion for groups that have too often been relegated to the margins — LGBTQ people, people with disabilities, diverse women and others.

These beliefs undergird Laurindo’s social enterprise, B-Change, aimed at promoting social change through technology. B-Change was founded in 2011 with the support of the Levi Strauss Foundation, which has provided more than $400,000 in grant investments. That partnership has been instrumental, according to Laurindo: “The Levi Strauss Foundation was our first supporter and helped bring credibility to what we were trying to build. It helped people understand that we were not just some fly-by- night organization; we were worthy of attention,” he said. 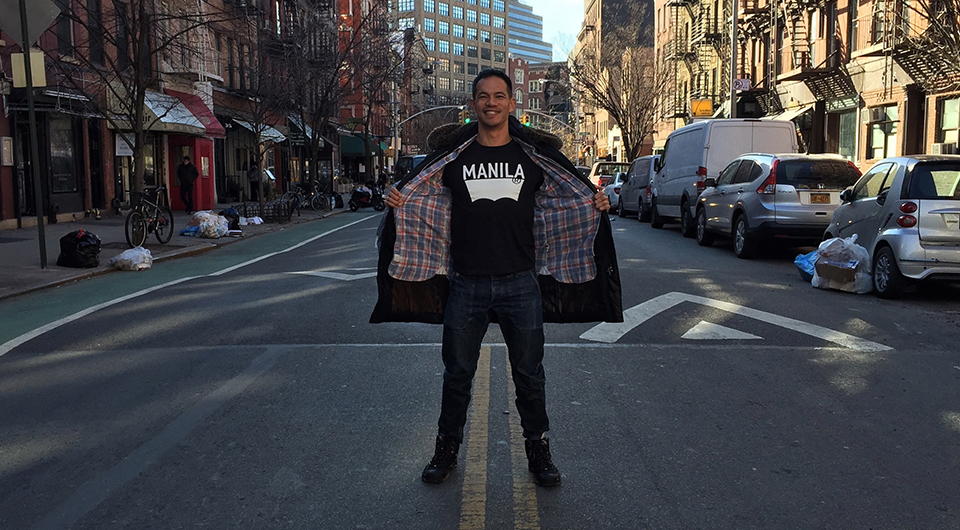 From adversity to adaptability

In many ways, Laurindo’s personal growth parallels the evolution of B-Change. Throughout his childhood, he struggled not only with what it meant to be a Filipino growing up in Australia, but also with how to navigate a world that was not initially open to his gay identity.

In 2004, Laurindo faced one of his biggest life hurdles. With plans to move in with his boyfriend and start a job in Singapore, Laurindo went in for a routine medical checkup. Within minutes, his world was turned upside down by an HIV-positive diagnosis. Laurindo’s doctor said he was likely to see his visa application denied, lose his job and face deportation – and then sent him home, without any resources or help. “No leaflets, let alone any recommendation of counselors or legal support,” he recalled.

Laurindo pins that fateful day as a pivotal moment in his path to being an impassioned advocate. Instead of giving up, he drew strength and motivation from the experience.

“Learning that I needed to adapt in every single situation was the key to my not only being resilient in all the challenges put before me, but also my understanding of what I wanted B-Change to be,” said Laurindo, who still lives in Singapore today with his partner. “Change is in its name. I wanted an organization that would keep up with the times and be able to do something quite different.”

Laurindo hasn’t lost sight of the struggle that originally inspired his mission. Even with advances in treatment, an HIV diagnosis still brings reactions that are rife with stigma and misunderstanding.

“There’s not a week that goes by where I don’t have somebody messaging me on Facebook or Twitter saying, ‘I’ve just been diagnosed, I haven’t told a soul, I feel my world is going to end and I don’t know what do to,’” Laurindo said. “There’s this limiting factor that still exists within the HIV community that is stopping people from going and finding healthcare, treatment and support.”

Fighting the stigma associated with HIV/AIDS has been a primary focus of the Levi Strauss Foundation over the last 30-plus years – and is at the center of the Levi’s® brand’s 2017 Pride Collection. As Laurindo sees it, stigma needs visibility and empathy, and the people facing it head-on need resources and support.

And that’s not just for people confronting HIV.

“It would be rather disingenuous to launch this idea for an inclusion app that benefits only one group,” he said. “It’s not just LGBTQ that are struggling to overcome exclusion and thrive. It’s people with disabilities, diverse women, ethnic and racial minorities, migrants, refugees.”

So Laurindo set about to create a resource he wishes he’d had when he got his diagnosis – a hub where people can connect to services and support they know will be welcoming and accepting. The new Be-Inclusive app rates businesses, service providers and community spaces on how inclusive they are, helping consumers connect with products and services that prioritize inclusivity.

The app identifies places – from healthcare providers to hotels to cafes – that have been rated as inclusive and accommodating by users. (Think “Yelp” for those who may otherwise be stigmatized and excluded.) Based on testing in six cities throughout Asia, B-Change sees promise for the app’s uptake among a number of communities: migrant women, single mothers, people living with disabilities and LGBTQ people.

But B-Change is about more than rolling out an app – the goal is to spark real change by raising awareness of the unique needs of diverse communities. Laurindo hopes that awareness and promotion of inclusive practices will help motivate businesses, government and civic groups to strive to do better – as well as gain new followings.

Laurindo hopes that B-Change will foster vibrant spaces across every sector where all people find the acceptance and support they are looking for.