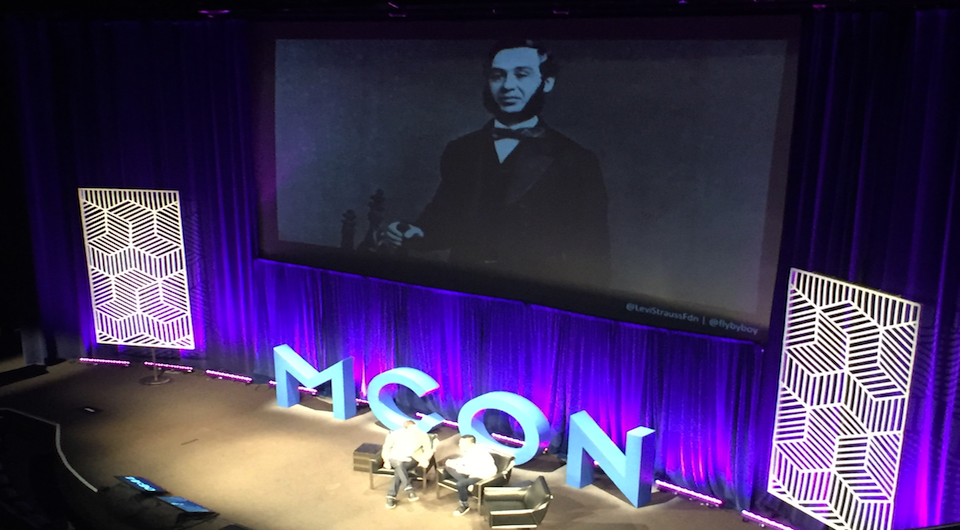 Millennials have surpassed baby boomers as the nation’s largest living generation, according to the Pew Research Center.  And the millennial generation continues to grow as young immigrants expand its ranks.

While companies have long coveted this demographic for their purchasing power, the Levi Strauss Foundation has recognized that this generation is also a critical force for change – particularly in these current political times. That was the motivation behind the Foundation’s sponsorship of this year’s MCON conference in Washington D.C., a gathering of more than 20,000 people who are looking to take on the most pressing issues of our time. 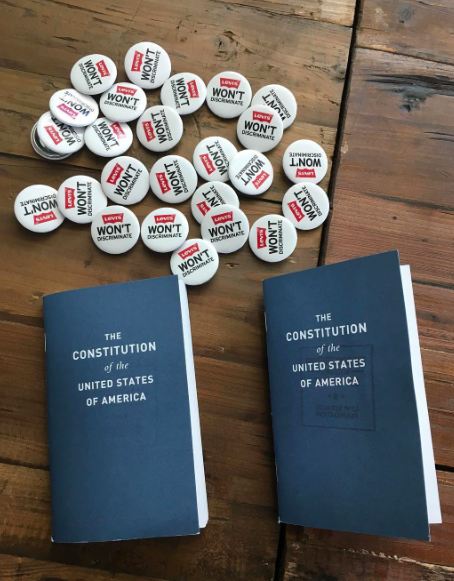 The Newseum, an institution that vigorously defends free expression and the five freedoms of the First Amendment of the Constitution (religion, speech, press, assembly and petition), served as a fitting backdrop for the two-day conference.  In addition to financially supporting the event, the Levi Strauss Foundation also provided every in-person conference attendees with a pocket version of the Constitution.

There were many inspiring speakers over the course of the two-day event, including actress Alison Williams. However, Levi Strauss Foundation Pioneer in Justice fellow, Abdi Soltani, Executive Director of the ACLU of Northern California, captured the spirit of the conference when he shared why the Constitution matters now more than ever – especially the First Amendment.  Abdi also shared how his personal journey as an Iranian American merged with his professional life in February when the Administration attempted to ban Muslims from certain countries (including Iran) from entering the U.S.

Executive Director of the Levi Strauss Foundation, Daniel Lee, had a main-stage conversation on the second day with MCON founder Derrick Feldmann, where he shared how in today’s dynamic policy landscape, the foundation recognizes that it’s more important than ever to step up efforts to impact the most marginalized and underserved in communities touched by Levi Strauss & Co. He also shared the foundation’s recently announced commitment to give $1 million in grants specifically focused on organizations that protect the civil liberties of highly vulnerable communities across the United States and abroad, including immigrants, refugees, the transgender community and religious minorities. 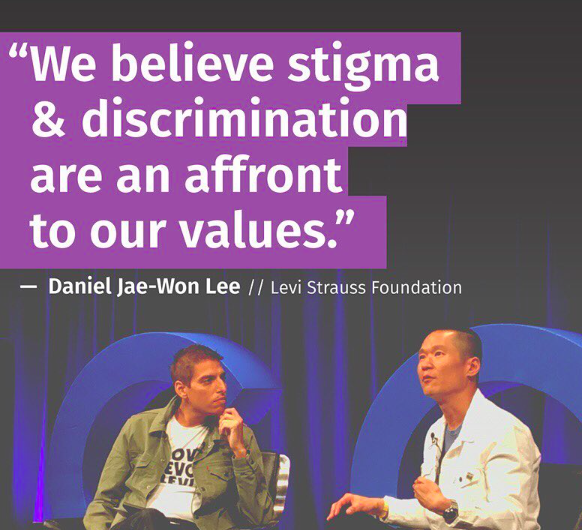 As the MCON conference concluded, thousands of millennials were inspired and poised to return to their respective communities to take action.  The Levi Strauss Foundation is honored to partner with MCON to leverage the voices of our grantees to help foster this change.