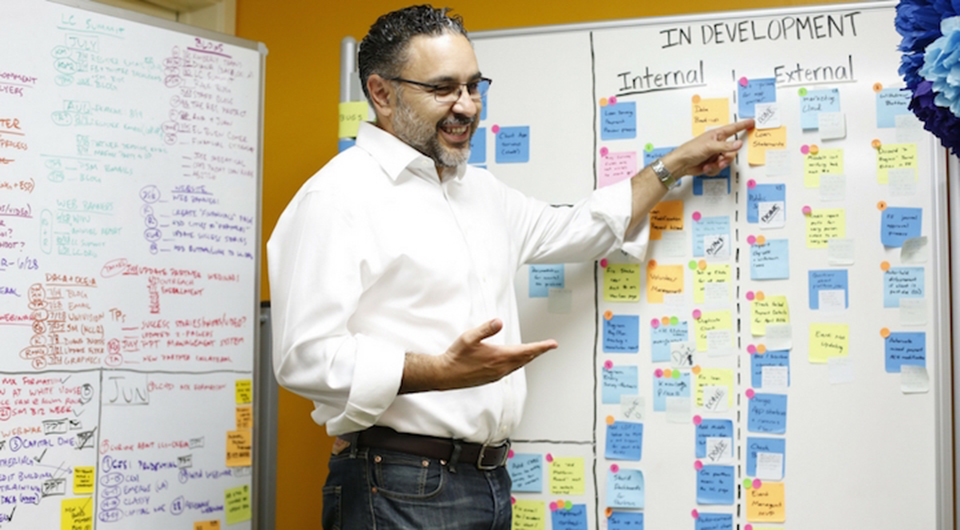 San Francisco’s Mission district boasts a vibrant culture that flows from its immigrant traditions and the working class communities that have called it home for decades. But those traditions don’t always come with bank accounts and credit histories, and that can make paying bills, renting apartments and getting loans a challenge.
The Mission Asset Fund (MAF) was launched in 2007 with a $1 million dollar investment from the Levi Strauss Foundation and CEO José A. Quiñonez at the helm. Quiñonez quickly came up with a creative solution to the challenge facing the Mission’s community: helping people build formal credit history based on the informal lending circles that are common in immigrant communities.
The Levi Strauss Foundation is thrilled that Quiñonez’ innovative spirit is receiving wider recognition with his recent selection as a 2016 Fellow by the John D. and Catherine T. MacArthur Foundation. The prestigious fellowships, also known as “genius grants,” are given to writers, scientists, artists, social scientists, humanists, teachers and entrepreneurs who show extraordinary originality and potential. The fellows also get a $625,000 “no-strings-attached” award to spend however they wish.
“This award is a high honor that recognizes the ingenuity of people who live in the shadows, who come together to help one another to survive and thrive in life,” Quiñonez said. “The award lifts up what is right and good in people’s lives – the trust and commitment they have for one another.”
Quiñonez and the Mission Asset Fund recognized that while immigrant and low-income families are often shut out of formal financial institutions, many do have an informal version of a credit history through their participation in lending circles. These arrangements allow individuals to pool their resources and give each other small loans.
“Our laws and our policies tend to be really ignorant of the beautiful ways that people are helping each other,” Quiñonez told the New York Times in an interview about the award.
So the Fund created a mechanism for people to report the repayment of these small personal loans to credit bureaus and other financial institutions – allowing them to build a new kind of credit history, and gain access to credit cards, bank loans and other services.
Since the program was launched, participant credit scores have increased an average of 168 points. And the impact extends far beyond the boundaries of the Mission District. Today, 53 nonprofit providers in 17 states and the District of Columbia are using this powerful model in their communities. The Lending Circles program has now surpassed $5 million in more than 5,000 loans to hardworking families.
The Levi Strauss Fund is so pleased that its original investment in the ingenuity and vision of José Quiñonez and the Mission Asset Fund – funded by the proceeds of the sale of Levi Strauss & Co.’s historic Valencia Street factory – has also paid off in such an inspiring and dynamic way.
Hear more from Mission Asset Fund CEO José Quiñonez and Levi Strauss Foundation Executive Director Daniel Lee, who will be speaking at the Lending Circles Summit being held in San Francisco from Oct. 26-28.