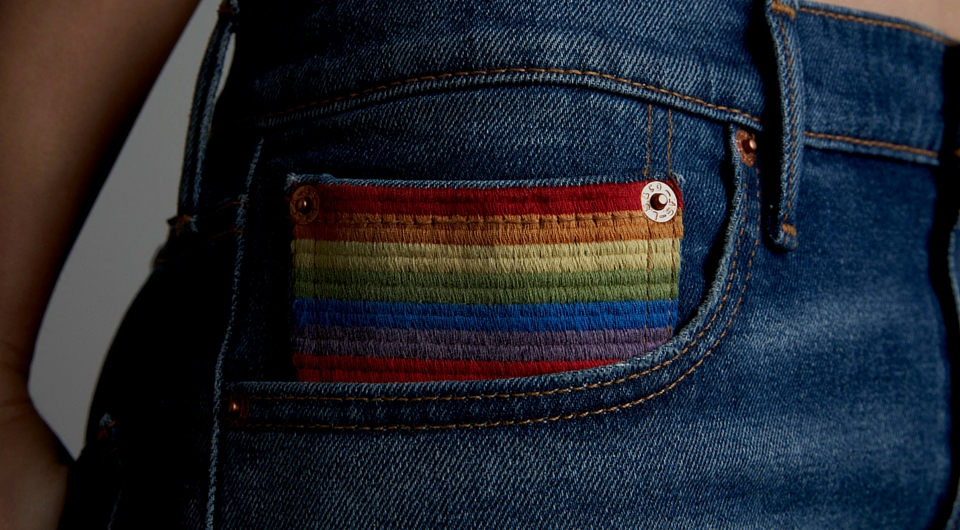 One year ago this month, love won.
The U.S. Supreme Court made a historic decision in establishing equality for all, ruling that bans on same-sex marriages were unconstitutional. It cleared the way for unions based on love, not gender specifics.
While the momentous decision signified a legal shift in marriage equality, the fight for equal rights for the lesbian, gay, bisexual and transgender communities continues. In the wake of last year’s ruling, some states have passed anti-LGBT legislation that impedes on some of the most basic human rights.
In fact, there are more than 100 active bills in more than 20 states today that legalize discrimination against the LGBT community, whether blocking trans people from using restrooms or letting businesses deny services to LGBT individuals, the Huffington Post reports.
At Levi Strauss & Co., we believe that treating all people equally and fairly is good for business. Since the early 1980s, we have stepped up to support the LGBT community, from being the first Fortune 500 company to extend health benefits to unmarried domestic partners in 1992 to signing onto last year’s amicus brief asking the U.S. Supreme Court to affirm that everyone have the right to marry.
This year, in conjunction with the Human Rights Campaign and other leading companies, Levi Strauss & Co. signed onto letters asking for full repeals of Mississippi’s House Bill 1523 and North Carolina’s anti-LGBT legislation, House Bill 2. As part of this greater effort, the company is renewing a $25,000 grant to the Human Rights Campaign’s Project One America, which focuses on expanding LGBTQ equality in the South through permanent campaigns in Mississippi, Alabama and Arkansas.
This week, the New York-based Stonewall Community Foundation recognized LS&Co. with its Vision Award based on our ongoing support of the nonprofit organization. Pride month coincides with the anniversary of the 1969 Stonewall Riots in New York City, which is widely seen as the catalyst for the LGBT rights movement.
The company was also honored by the San Francisco Business Times with its 2016 Corporate Pride Award for our commitment to supporting LGBT causes through our company policies, activism and grantmaking.
We’re proud to be a force for change and are heartened by the progress we’ve seen. But there’s still much to do. There are laws to be changed and hearts and minds to be won. At LS&Co., we won’t stop until there’s equality for all.
Care to wear your pride? Shop the Levi’s® x Harvey Milk Foundation Pride 2016 Collection now.