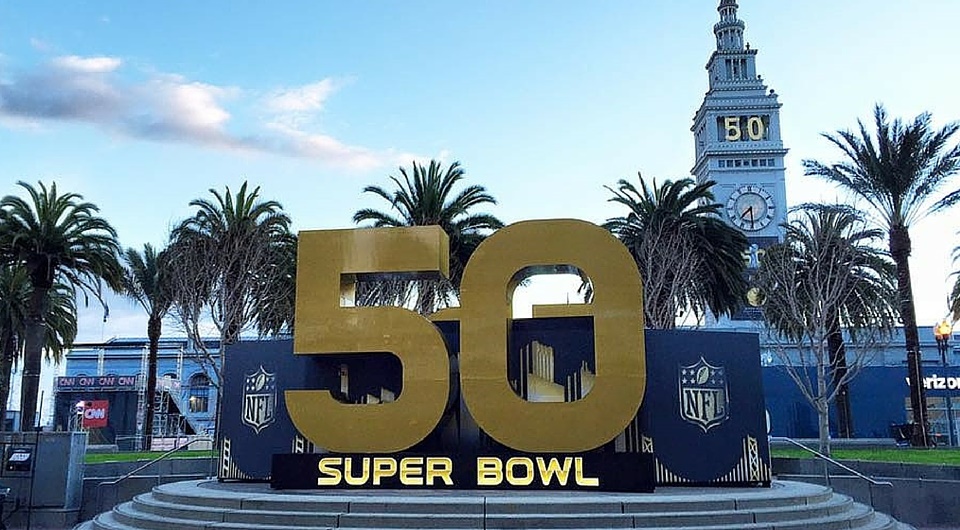 What a game! And what a weekend for all the San Francisco visitors and locals who came out to visit Super Bowl City. Still recovering from a chicken wings food coma or riding the buzz of your team bringing home the victory? Whether you want to relive the glory of the day, or in case you missed it, here are a few of our favorite highlights from Super Bowl 50 weekend.

Erin Andrews looked great in our Levi’s® NFL Collection at our flagship store in San Francisco.

Levi’s is clearly ready to #showup on Sunday. Are you?! #spon

OneRepublic lit up the The City Stage Presented by Levi’s® in Super Bowl City.

What a performance. Here are a few of our favorite moments from @onerepublic's show on The City Stage last night. pic.twitter.com/n4eVccjGmI

Vernon Davis signed five jackets to giveaway to fans who knew the name of his new dog (Levi).

Just signed 5 @Levis jackets at their Market St store. The first 5 people to go in & say the name of my new dog win pic.twitter.com/rNqsCsvXRm

In addition to headlining The City Stage Presented by Levi’s® in Super Bowl City on Friday night, Alicia Keys stopped by our corporate headquarters for a fireside chat with Levi’s® brand Chief Marketing Officer, Jennifer Sey.

Our lady in Levi's. @AliciaKeys was on fire last night on The City Stage in @SuperBowl50 City. #LadiesInLevis

A look at Levi’s® Stadium before kick-off.

Alessandra Ambrosio rocked her Levi’s® on the field at Levi’s® Stadium.

A post shared by Alessandra Ambrosio (@alessandraambrosio) on Feb 7, 2016 at 3:41pm PST

Adriana Lima made the Levi’s® NFL Collection look even better.

Getting ready for the big game in my @levis #scoremore #SB50 pic.twitter.com/DPhEVeN3PA

Common tweeted about watching the game in his new Levi’s® NFL Collection.

I got my @LEVIS gear on watching the #SuperBowl . Great game so far! pic.twitter.com/FLqktj7rh1

Alessandro Ambrosio and Adriana Lima watch the game in their Levi’s® NFL Collection.

Kate Bosworth has football fever in her Levi’s® NFL Collection.

Oliver and Kate Hudson cheer for their Broncos at Levi’s® Stadium.

To be here with my bro is just as sweet as can be! Missing Wyatt, thinking of you!!! #GoBroncos #SuperBowl50

James Curleigh and Chip Bergh snap a photo with Adriana Lima, Alessandro Ambrosio and friends.
http://twitter.com/levisstadium/status/696514644622508032v
Congratulations to the Broncos for your victory and a big thanks to everyone who came out to visit Super Bowl City. We’re glad we could be a part of hosting the historic Super Bowl 50. For more highlights and to follow the conversation follow @SuperBowl50 and #SB50 on Twitter and Instagram, and check out our past coverage on Unzipped.