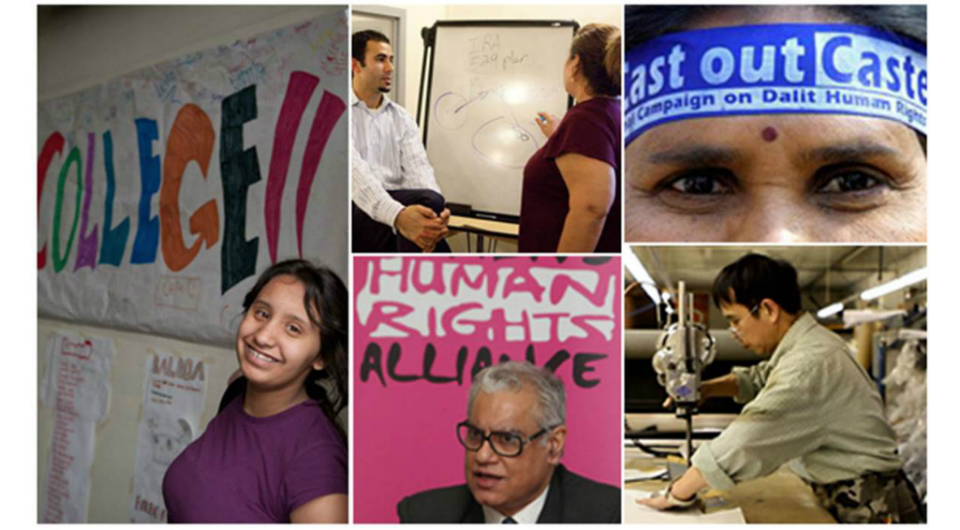 The story of Levi Strauss & Co. — and thus Levi Strauss Foundation (LSF) — begins with the story of a founder. At age 24, lured by the Gold Rush fever that was raging in California, German immigrant Levi Strauss made the trek to San Francisco in 1853. We all know he didn’t make his fortune panning for gold or silver. It was a simple product innovation — sewing rivets into pants to make them stronger — that spawned a century-plus legacy of commercial success.

In addition to his business accomplishments, Levi’s legacy is that of a philanthropist. His giving spirit continues to serve as a guide for how we do business and engage in the communities where we do business. One example of this is the Levi Strauss Foundation, which recently reached the milestone of $300 million granted to pioneering nonprofits in communities.

The $300 milestone is more than a dollar amount. On average since LSF began more than 60 years ago, LS&Co. has donated 2 to 2.5 percent of earnings back to the community – primarily through LSF. This consistent contribution over time is a true reflection of LS&Co.’s profits through principles philosophy. The more successful LS&Co. is as a company, the more earnings on profits we deliver, the more we’re able to give to LSF and then give back to the communities where we live and work.

LSF was started in 1953 by four LS&Co. executives as a way to formalize the company’s commitment to giving back.

“There were corporate donations provided before then, but creating a foundation speaks volumes about the idea of living our company’s values,” said Daniel Lee, LSF’s executive director.

For the 26 years after LSF’s inception, the company leaders who started the foundation — Walter Haas Jr., Walter Haas, Daniel Koshland  and Peter Haas, Sr. (pictured below, L to R) — were actively involved in reviewing and approving grant applications on its behalf.

“These were leaders who were incredibly engaged in society and stood for more,” Daniel said. “They spent time with and listened to employees and people in the community and really tried to understand what marginalized communities were experiencing.”

Charting A Map of Equity

Looking back at the historical record of LSF’s grantmaking is like looking at a mirror of the movements for justice over the decades. Because the organization’s leadership was so in tune with the needs of the community, LSF often was an early mover in supporting issues that were still not yet fully formed movements, such as HIV/AIDS, equality and helping low-income families save for their future.

Throughout its history LSF has shown a willingness to take bold stands on issues of our day. But why would a jeansmaker support an issue like HIV/AIDS?

“It’s what we might call disinterested philanthropy. These issues aren’t traditionally core to the business, but we’ve embraced them as business issues. As a result, we’re able to have the conversation about what we stand for and how this reflects our core values,” Daniel said.

LSF also sets itself apart form other corporate philanthropies with its long-term commitment to issues such as HIV/AIDS. Many funders have pulled away from the issue in recent years, he says, but LSF will not be among them.

“We support those on the front lines of an epidemic that continues to be driven by stigma and discrimination, especially in emerging markets where our business is growing,” Daniel said. “We’ve been in this fight for 33 years, but this isn’t merely a ‘legacy’ issue for us. We’re continuing to find ways to keep it fresh and relevant until there is an HIV-free generation.”

Going Global – Connecting with our Business

Another important thread that emerges when reflecting upon LSF’s history of giving is an expanded international scope — a shift that mirrors the globalization of LS&Co.’s business.

“When our supply chain expanded internationally, our foundation followed in looking at ways we could improve the lives of apparel workers,” Daniel said. “What we provide dollar for dollar can have a powerful impact in these local economies.”

During the past seven years, over half of LSF grants have focused outside of the United States, reaching countries such as China, the Philippines, India, Mexico, Haiti and Nicaragua. Grants for worker empowerment focus on community and factory-based programs, including health education, rights training, and financial literacy.

Success in this area has paved the way for LS&Co.’s Worker Well-being initiative, which works directly with suppliers to implement high-impact programs for workers. The initiative seeks to move beyond a “do no harm” labor compliance model and instead collaborate with suppliers to improve the lives of apparel workers in locations where our products are made.

Philanthropy and the Future

What will the next $300 million of grantmaking funds go toward? From gender and LGBT equality to racial justice and HIV/AIDS, LSF remains dedicated to improving the lives of those who are most marginalized around the globe.

One focus, Daniel says, will be continued support to drive innovations in the social justice space through initiatives like Pioneers in Justice.

“San Francisco is as much an innovator in social justice as it is in technology,” Daniel said. “We are equipping pioneers for a modern frontier, in a rapidly changing landscape. These leaders are on the front lines for the movements of the day.”

Regardless of what the future holds, LSF will continue to build upon the legacy started by Levi Strauss himself.

“Our pioneer spirit started with Levi Strauss more than 160 years ago, and we believe this same spirit will keep us relevant for the next 160 years – and, hopefully, allow us to inspire and equip many more Pioneers along the way.