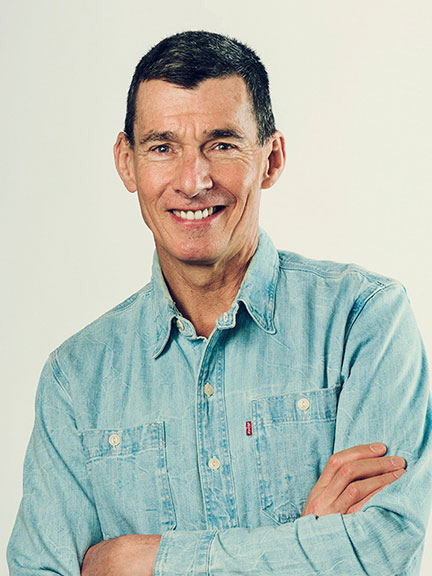 Chip Bergh is the president & chief executive officer of Levi Strauss & Co. (LS&Co.). He is also on the company’s board of directors.

Levi Strauss & Co. is one of the world's largest brand-name apparel companies and a global leader in jeanswear. The company designs and markets jeans, casual wear and related accessories for men, women and children under the Levi's®, Dockers®, Signature by Levi Strauss & Co.™ and Denizen® brands. Our products are sold in more than 110 countries worldwide through a combination of chain retailers, department stores, online sites and a global footprint of approximately 3,000 retail stores and shop-in-shops.

Prior to joining Levi Strauss & Co. in September 2011, Chip had a 28-year career at Procter & Gamble (P&G). Chip “grew up” in brand management and served in a number of leadership positions with increasing levels of complexity and scope. His last assignment before joining LS&Co. was group president for global male grooming. He was the first P&G employee assigned to the Gillette business following P&G’s $57 billion acquisition of Gillette in 2005. He led the integration and then ran the Gillette Blades & Razors business along with all of P&G’s male grooming brands (Gillette, Old Spice and The Art of Shaving). Prior to that, Chip led all of P&G’s business in India, Southeast Asia and Australasia.

Chip has led many iconic brands during his career including the creation and launch of Swiffer (P&G’s most successful new brand in the last three decades), the turnaround and growth of Old Spice, in addition to Gillette, Folgers coffee and Jif Peanut Butter. He has lived and worked in the United States, Asia and Europe and has run large global businesses and brands.

In July 2017, Chip was named non-executive chairman of the board of HP Inc. (HPQ), the market-leading printing and personal systems company. He has served as lead independent director of the HP board since March 2017 and as a board member since the company’s separation in 2015. Chip has also previously served on the board of directors for VF Corporation and the Economic Development Board of Singapore.